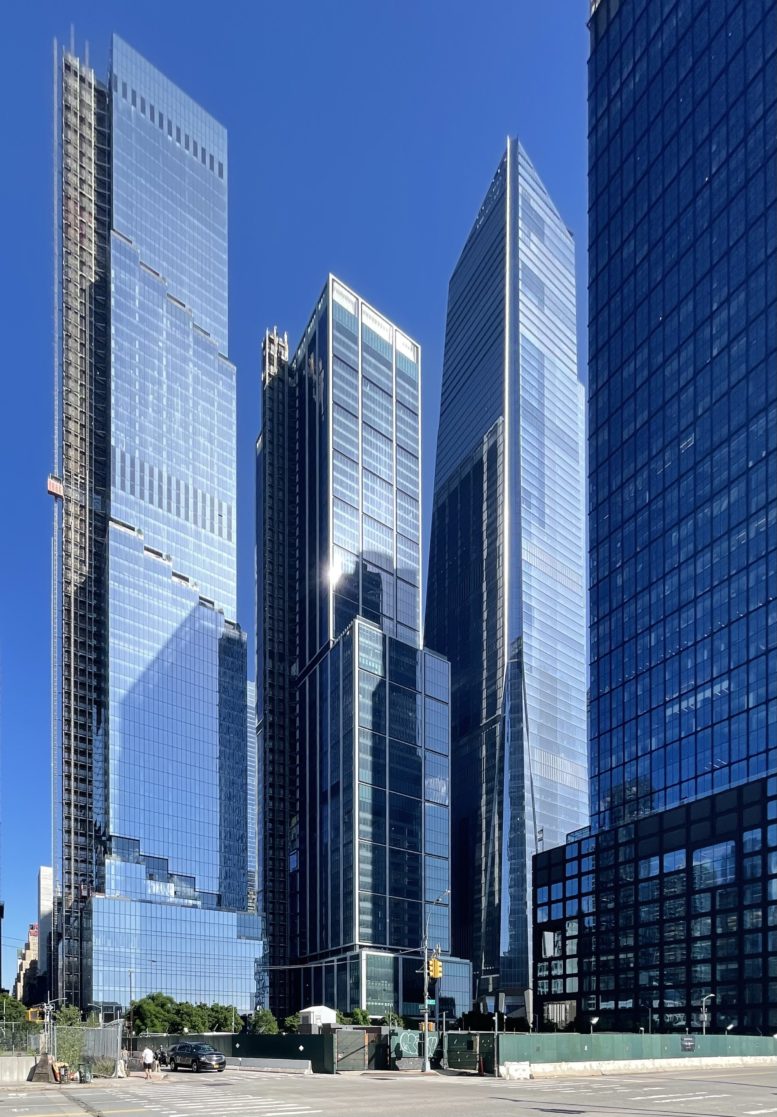 Last Wednesday, developers Related Companies, Mitsui Fudosan America, and Oxford Properties celebrated the grand opening of 50 Hudson Yards, a 78-story supertall commercial skyscraper in Hudson Yards. Designed by Foster + Partners, the 1,011-foot-tall structure is the largest building by volume in the first phase of the Hudson Yards complex and the fourth-largest in the city overall, yielding 2.9 million feet of office space. ArcelorMittal provided the steel components, R&R Scaffolding provided the BMU equipment, Langan Engineering is the civil and environmental engineer, and WSP is the structural and MEP engineer for the $3.8 billion project, which occupies a full block bound by West 34th Street to the north, West 33rd Street to the south, Tenth Avenue to the east, and Hudson Boulevard to the west.

The exterior is clad in a symmetrical facade of floor-to-ceiling glass and Viscount white stone cutting a large-scale grid across the eastern and western elevations. The wider northern and southern sides have a greater vertical emphasis using straight lines of stone. 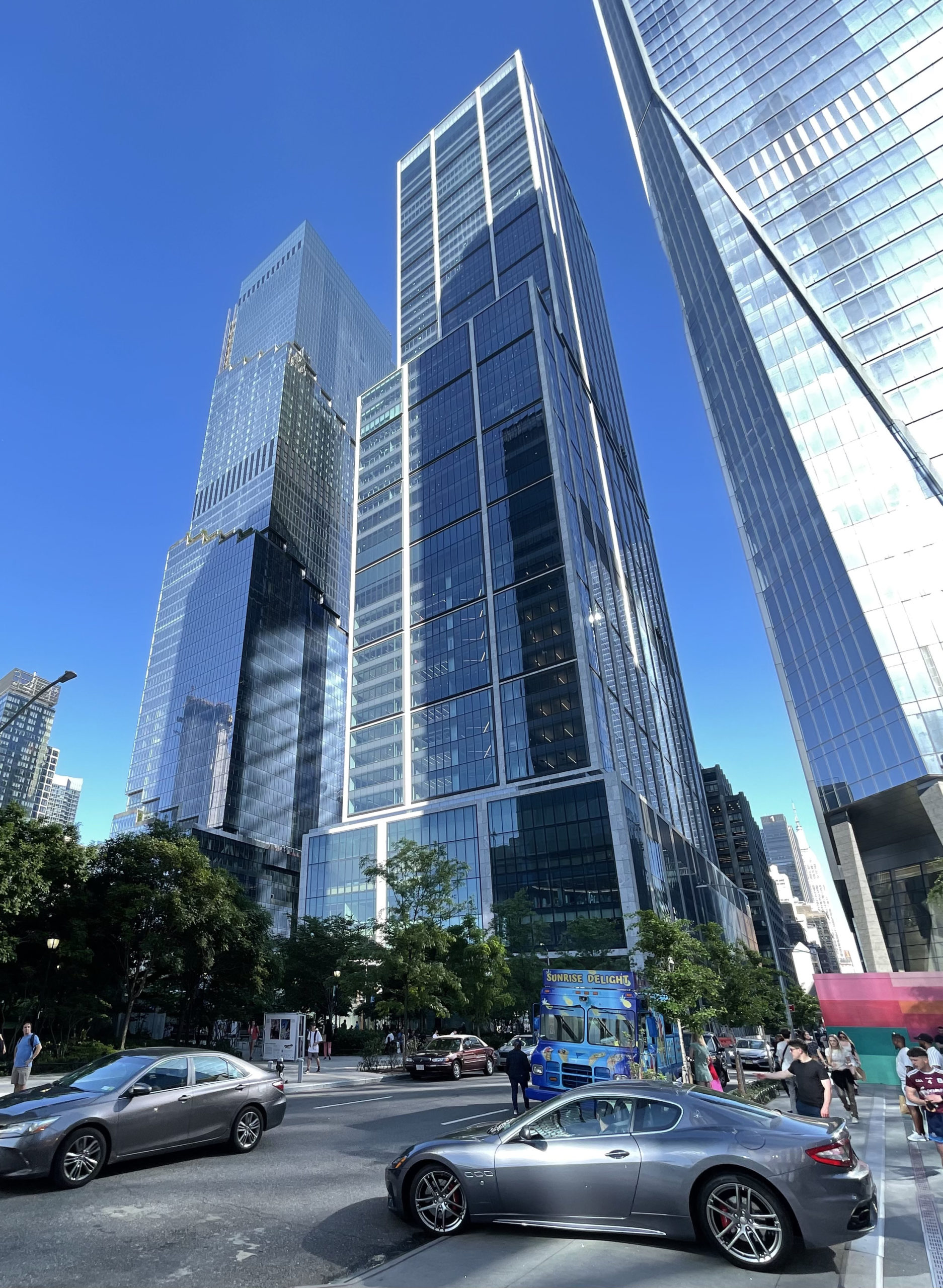 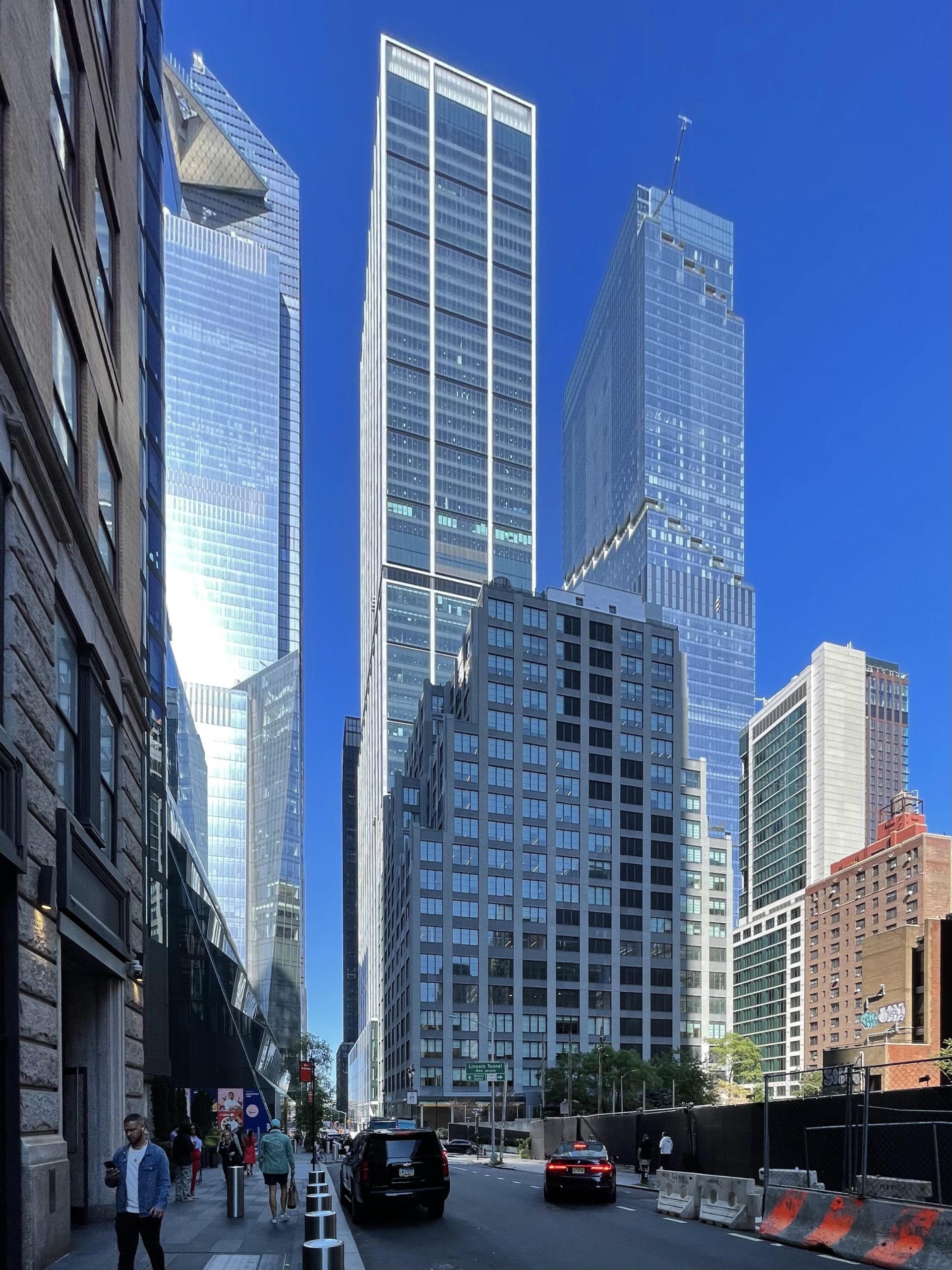 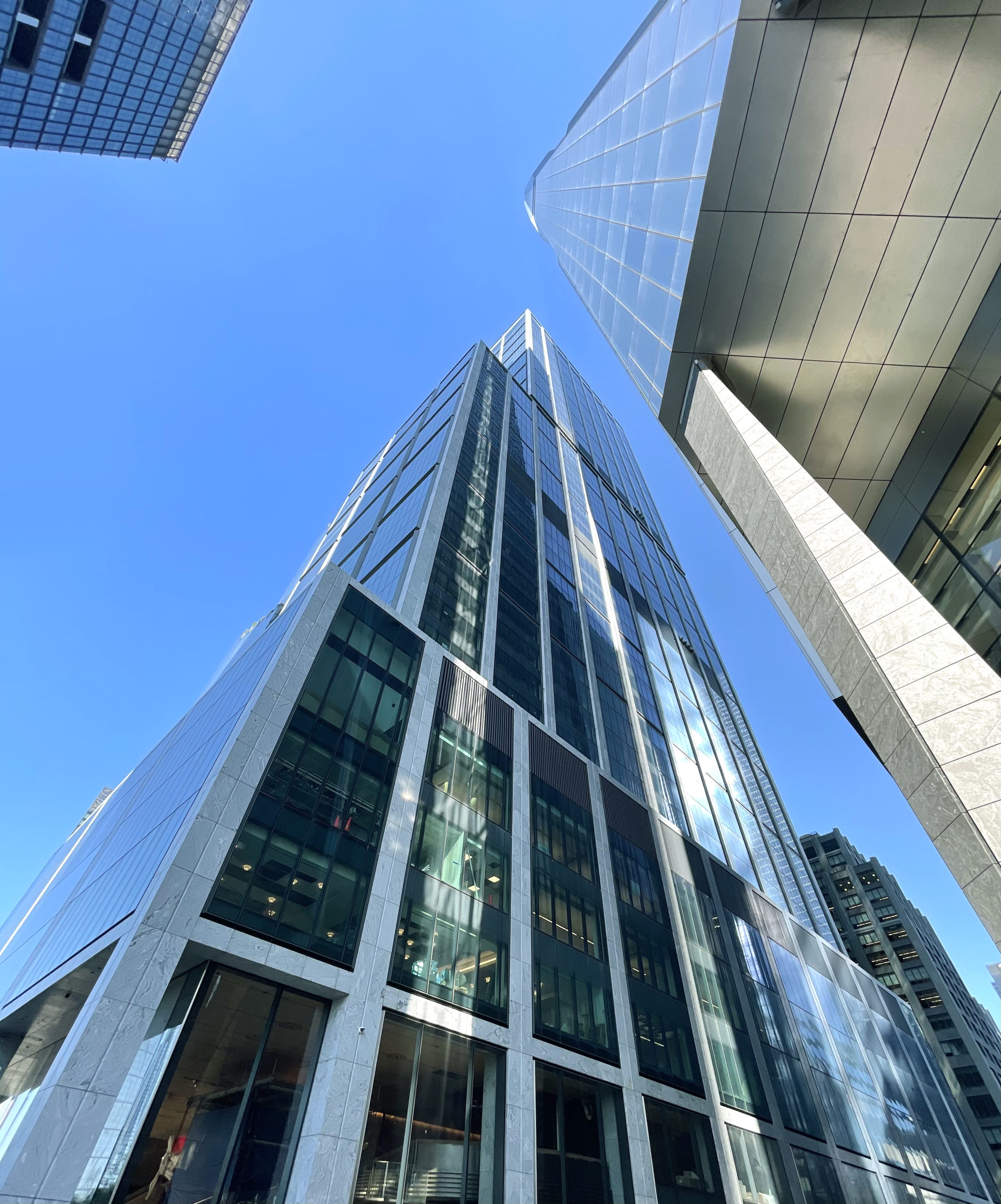 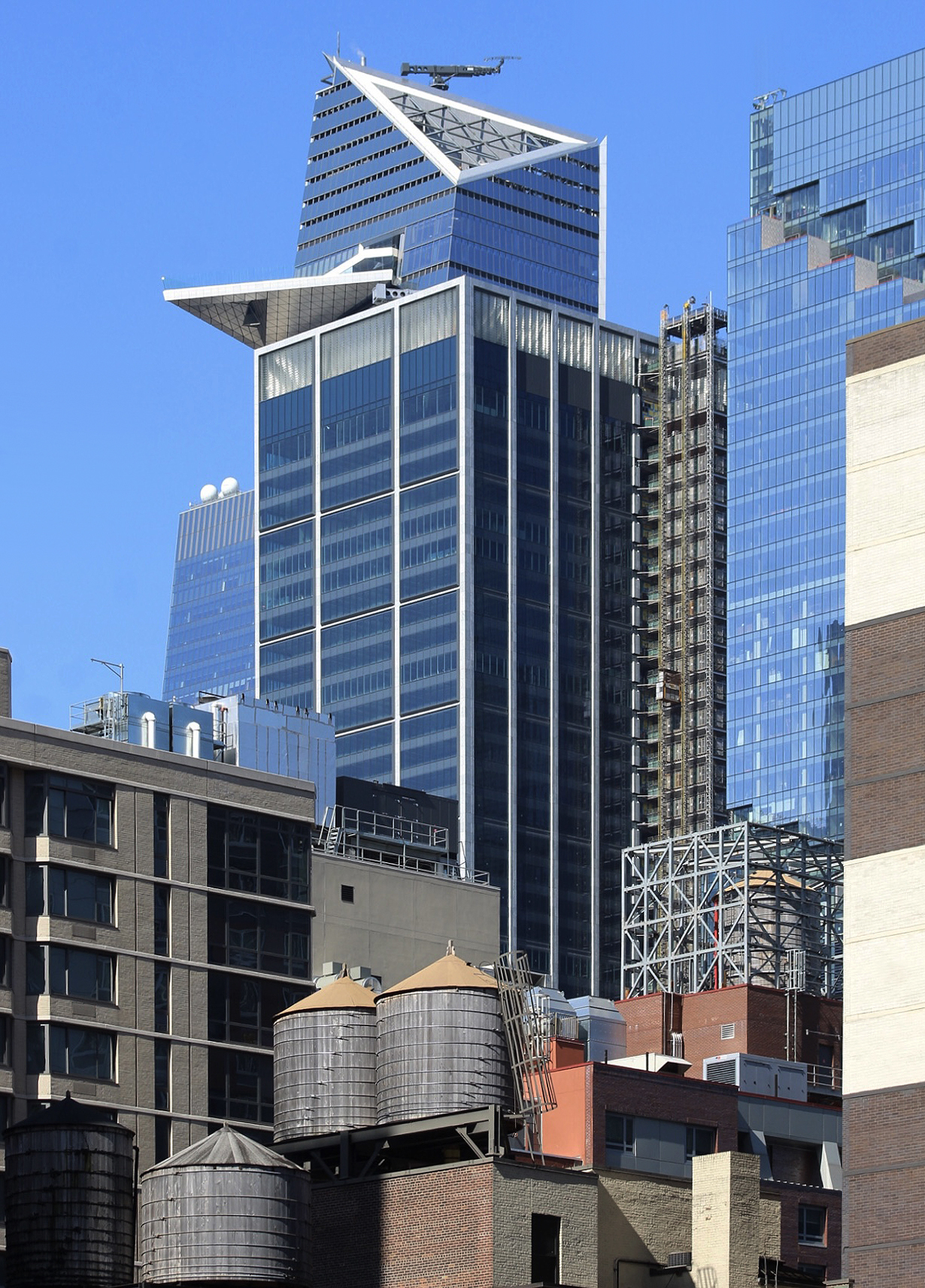 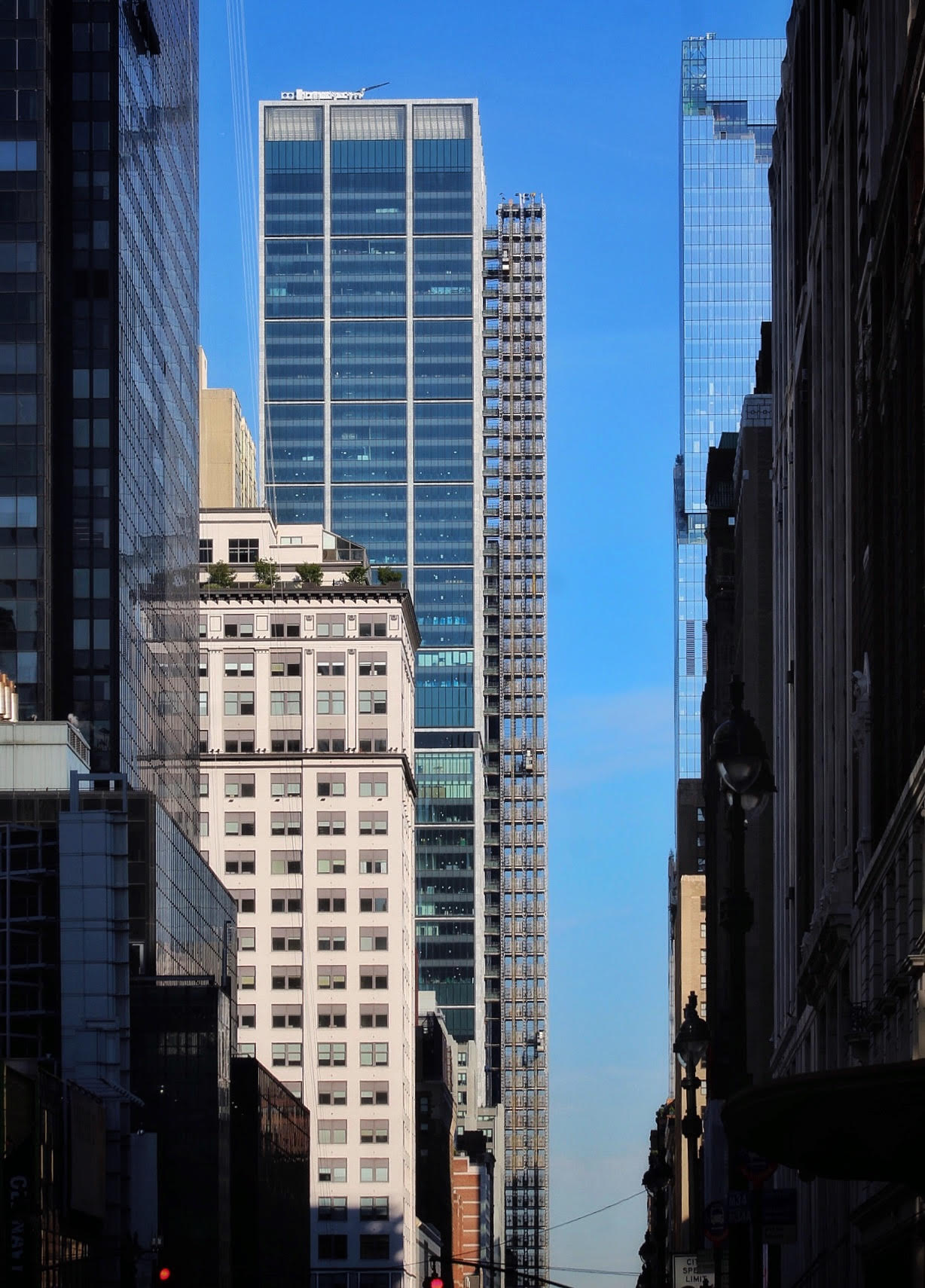 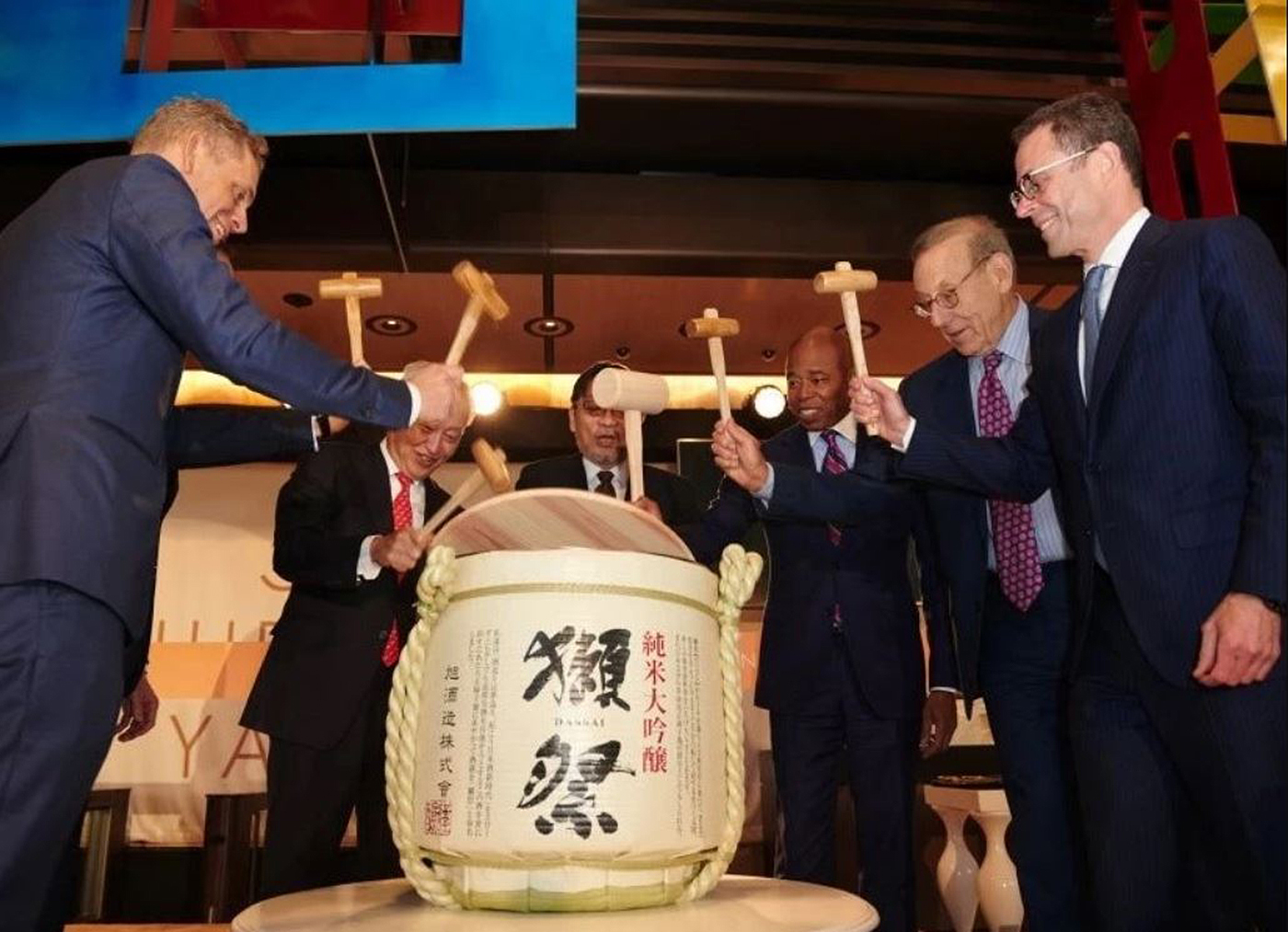 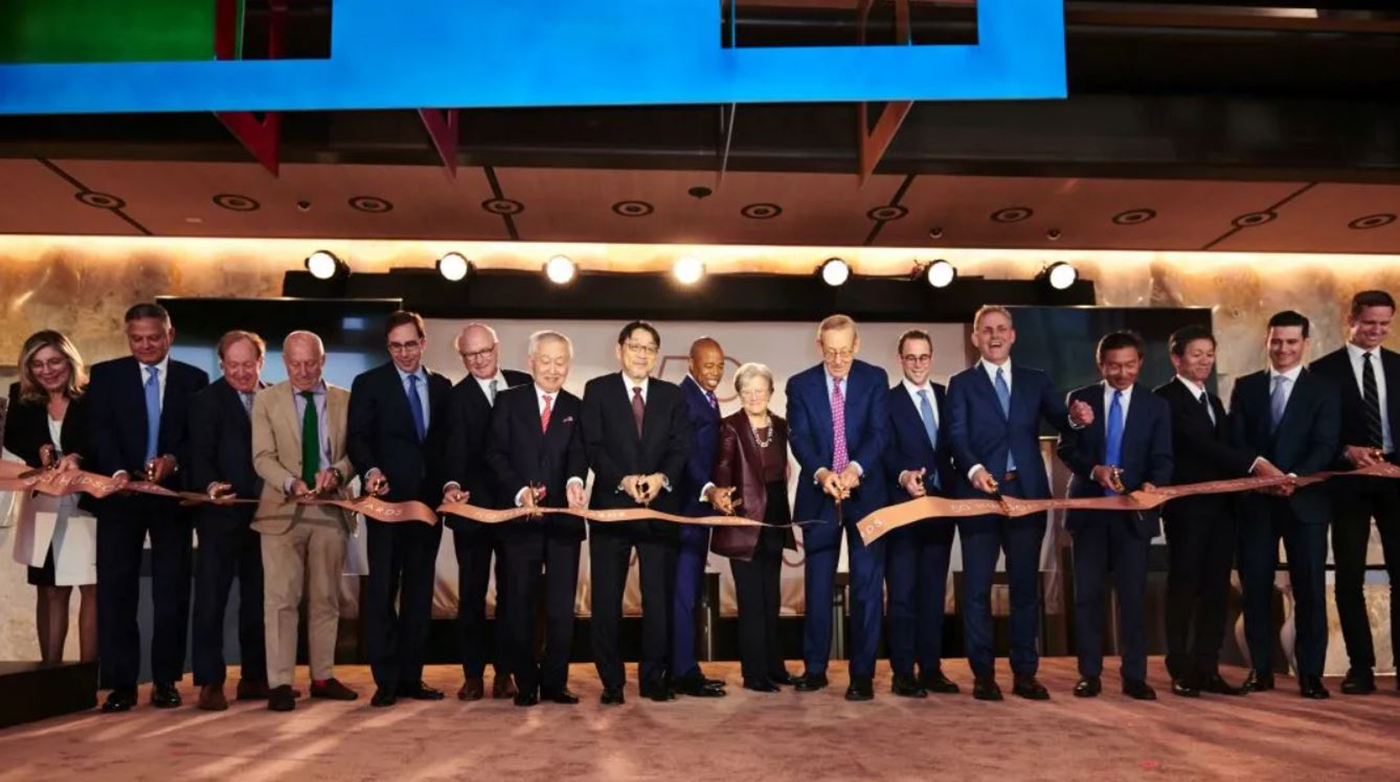 Approximately 84 percent of the office space in 50 Hudson Yards is already leased by notable companies such as BlackRock, which will occupy 970,000 square feet, and Meta, which will take up 1.2 million square feet. Other tenants include Vista Equity Partners, Trust Financial, ServiceNow, Passkey, and XTX Markets. The 109-year old Jewish eatery Russ & Daughters recently announced a 4,500-square-foot outpost in the base of the tower, scheduled to open next spring. The restaurant will include a dining area, counter, a private event space, a bagel bakery, and a caviar and champagne bar. Foster + Partners is designing its interiors. Other retail tenants are expected to be announced in the next several months. 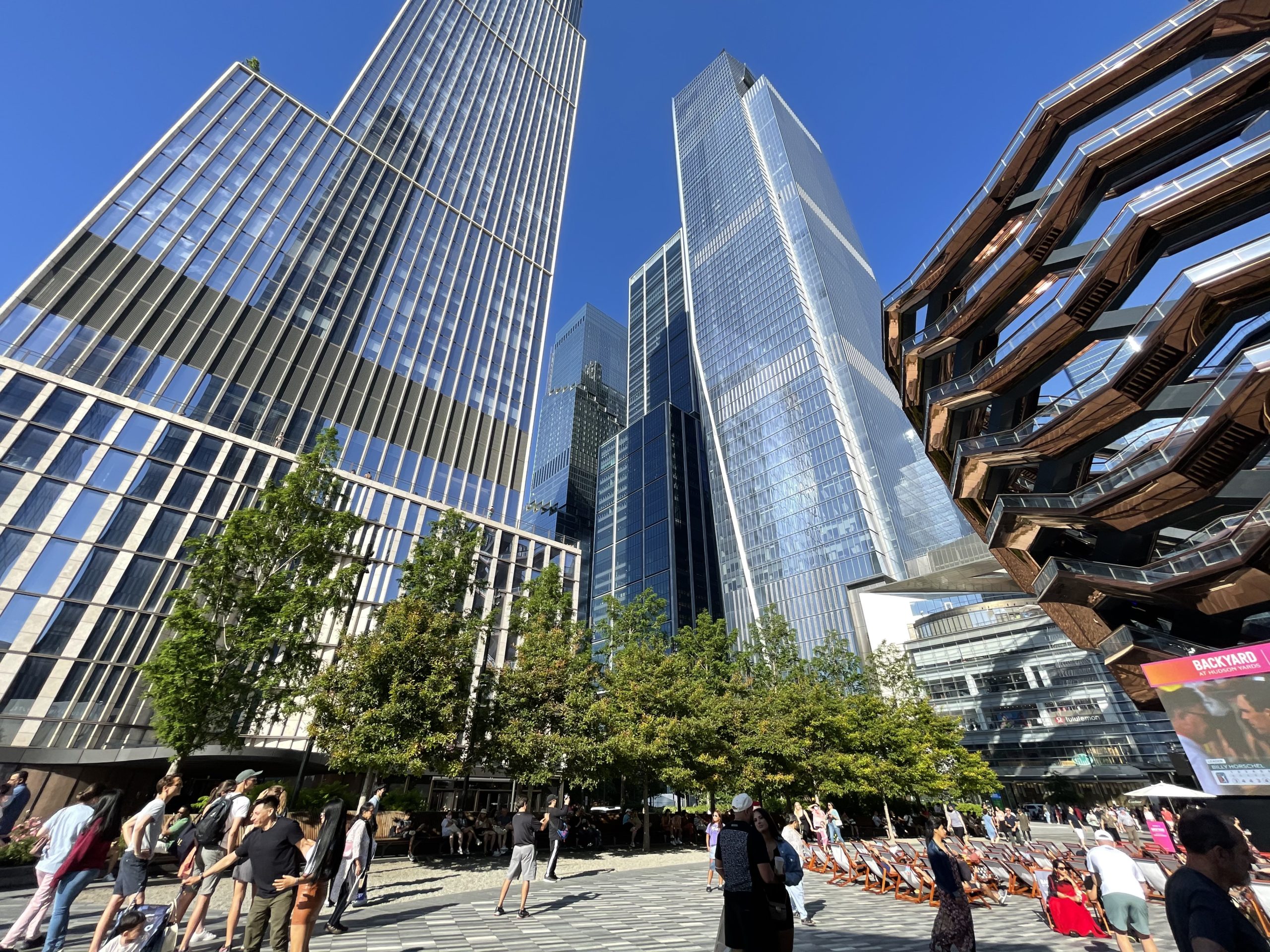 50 Hudson Yards is the fourth-largest office building in New York City by volume and is located directly in front of the 7 train entrance of the 34th Street-Hudson Yards station along Bella Abzug Park. To the east is Pennsylvania Station with access to the A, C, E, 1, 2, and 3 trains, Long Island Railroad (LIRR), and Amtrak. Nearby is the public plaza with Thomas Heatherwick‘s 15-story Vessel standing in front of the shopping mall between 10 and 30 Hudson Yards.

The developers are aiming for LEED Certification.