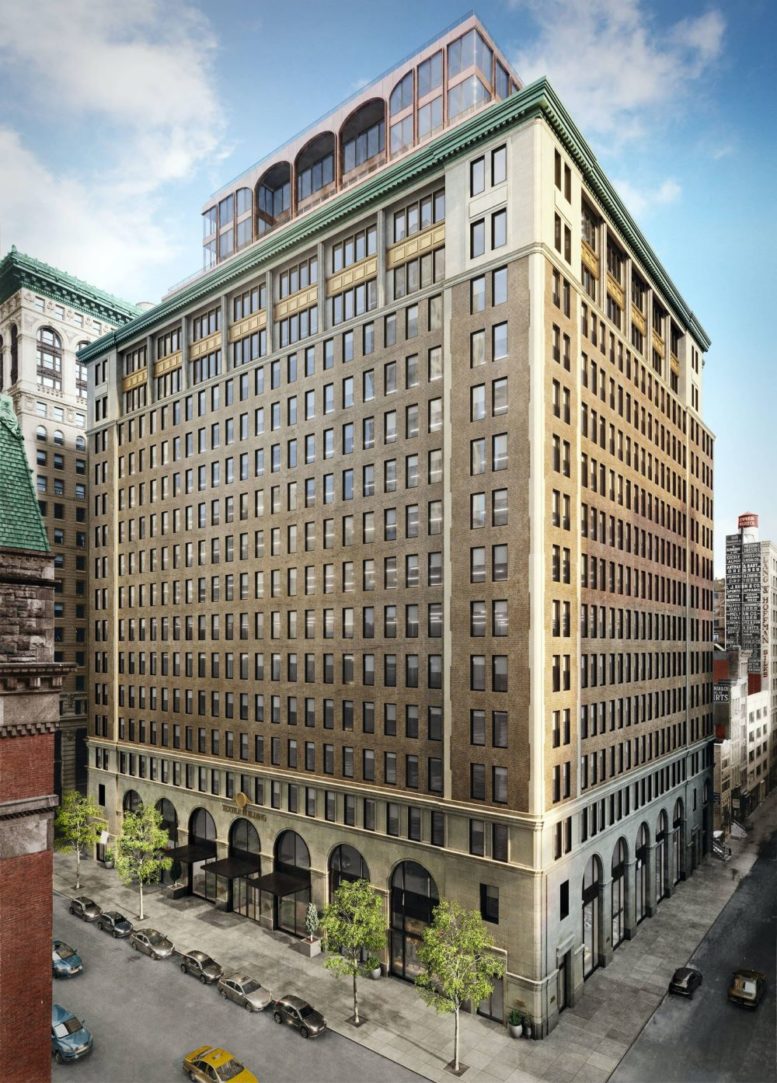 Rendering of 295 Fifth Avenue with its new rooftop penthouse

The penthouse is clad in gray brick and features floor-to-ceiling windows, arched canopies, and copper-tinged cladding. Its high ceiling heights and minimal support columns will help facilitate the flow of natural light for occupants.

“We are thrilled to celebrate one more step forward in transforming this historic building into an inviting and high-performing workplace for the modern employee,” said Tribeca Investment Group founding principal Elliott Ingerman. “We have no doubt that future tenants will feel quite at home in these two new floors, with their stunning views, timeless architecture, and ample natural light.” 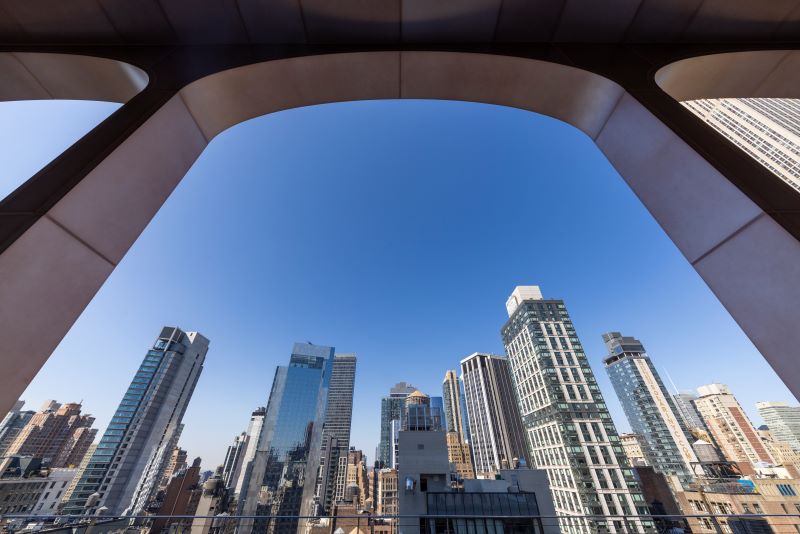 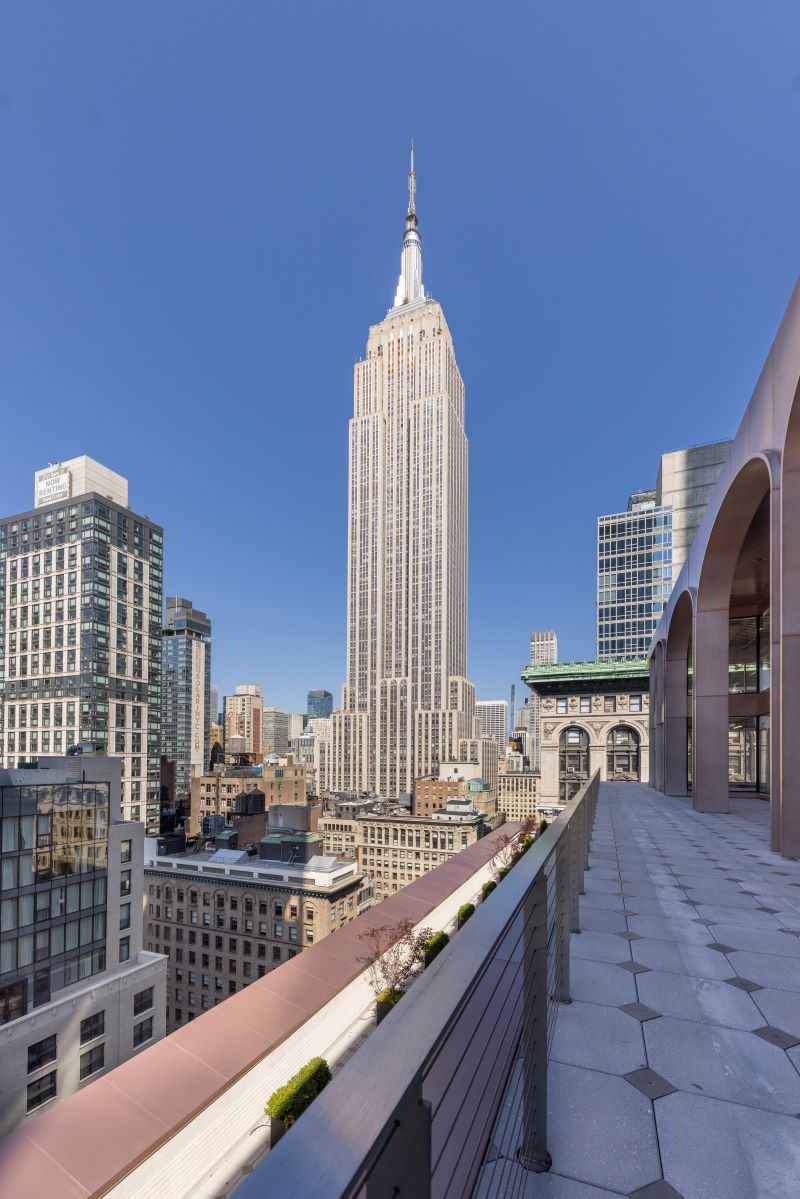 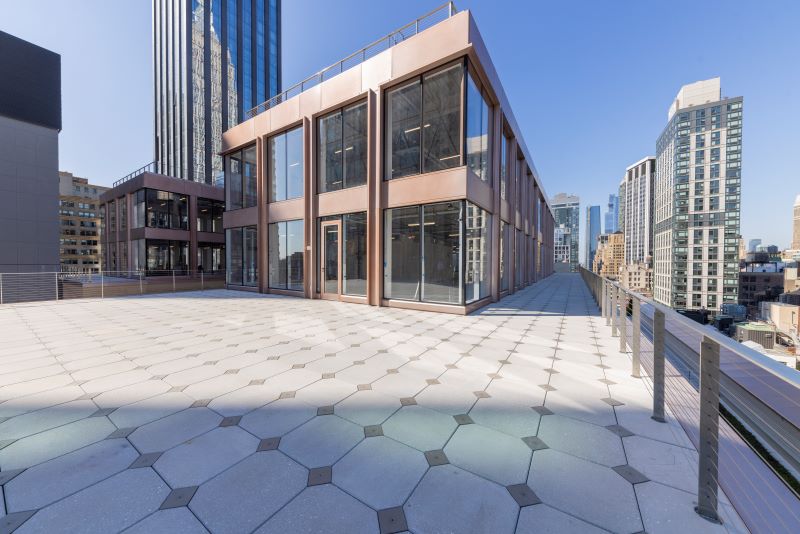 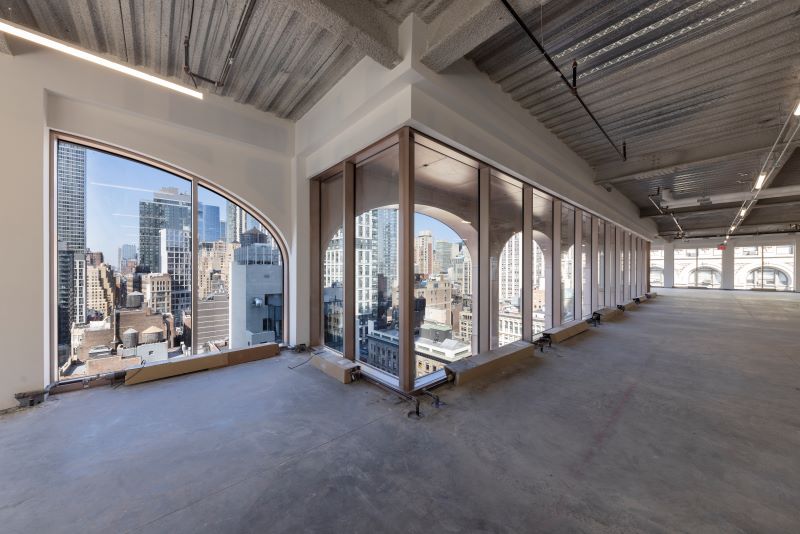 View from inside the 295 Fifth Avenue penthouse

Originally built in 1920 by George Backer, 295 Fifth Avenue was known as the Textile Building and was home to offices and showrooms for some of the leading home textile companies. The building’s owners have recently invested $350 million to reposition the century-old property as a Class-A office product.

Construction kicked off in 2021 and included upgrades to existing windows, HVAC and ventilation systems, elevators, and general infrastructure. The lobby was redesigned by Studio MAI and now features a more open design with planters, arched ceilings, hardwood flooring, and seating. 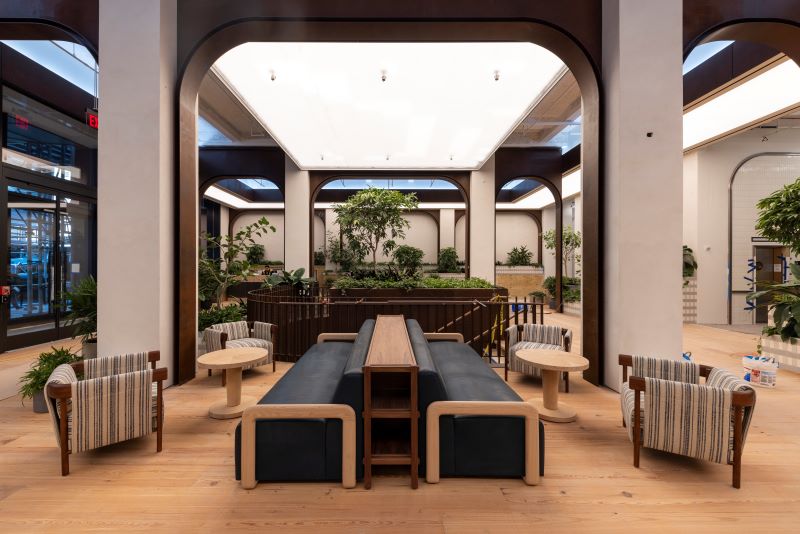 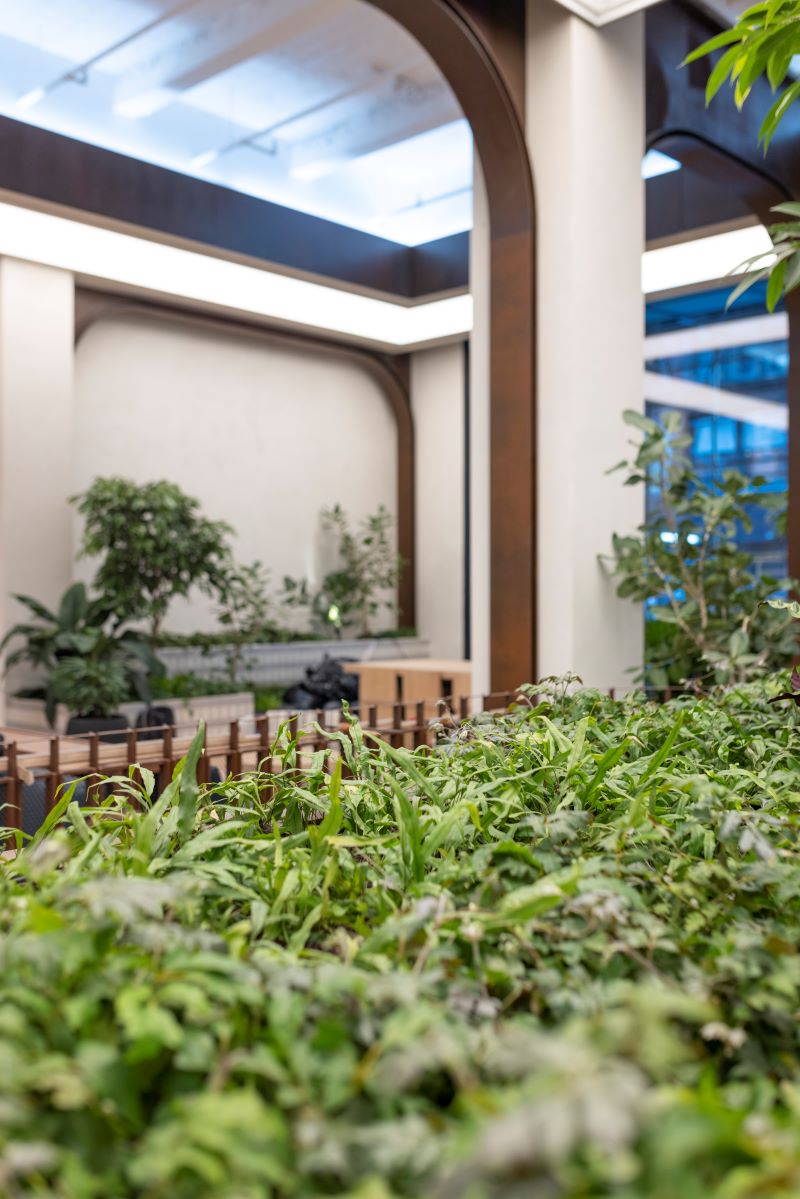 CBRE is the exclusive marketing agent for available space in the building, which comprises approximately 700,000 square feet. The building is currently ready for tenant fit-outs and will open for occupancy in early 2023.