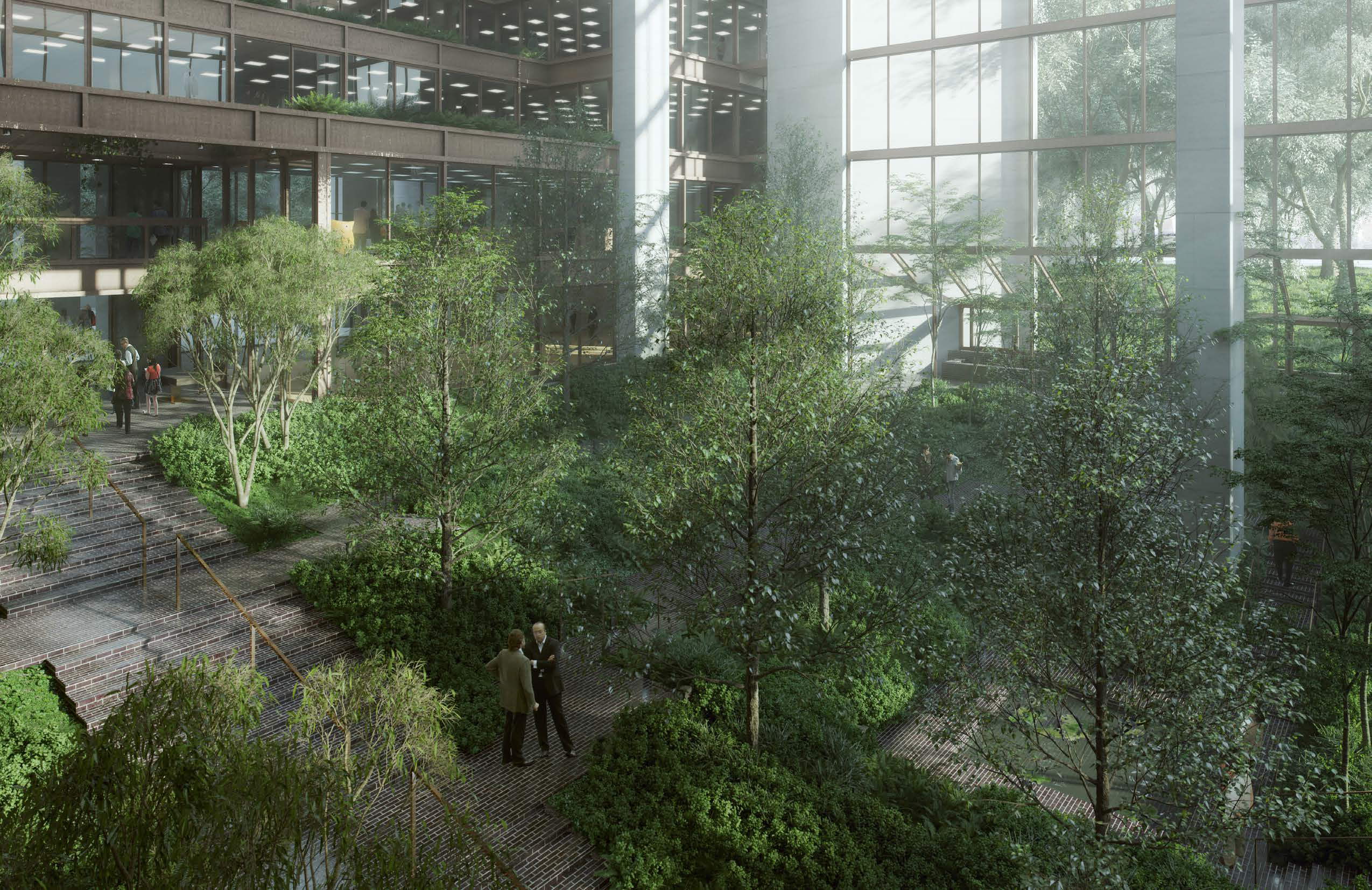 One of New York City’s most magnificent public spaces will be getting some upgrades. On Tuesday, the Landmarks Preservation Commission approved changes to the atrium of the Ford Foundation Building at 320 East 43rd Street.

A northern New Jersey community is getting its first new full-service hotel since the last one closed in 1938. On Tuesday, a groundbreaking ceremony was held for The MC hotel in Montclair. That’s in Essex County.

A parking lot for Wyckoff Heights Medical Center in Bushwick is about to become apartments. Owner Sal Mendolia has filed plans for an eight-story residential building at 371 Stockholm Street, between St. Nicholas and Wyckoff avenues.

Back in June of 2015, YIMBY revealed initial renderings of the 52-story, 141-unit residential tower planned at 281 Fifth Avenue, located at the corner of East 30th Street in NoMad. Although the latest filings still describe the same building, Curbed NY now has a new partial rendering depicting the façade of a 55-story, 130-unit tower on the corner site. The latest diagrams indicate the the 266,963-square-foot tower will rise 728 feet above street level. It will contain 7,927 square feet of retail space across the cellar, ground, and second floors, followed by residential amenities on the third through seventh floors. The residential units above will be condominiums, averaging 1,611 square feet apiece.