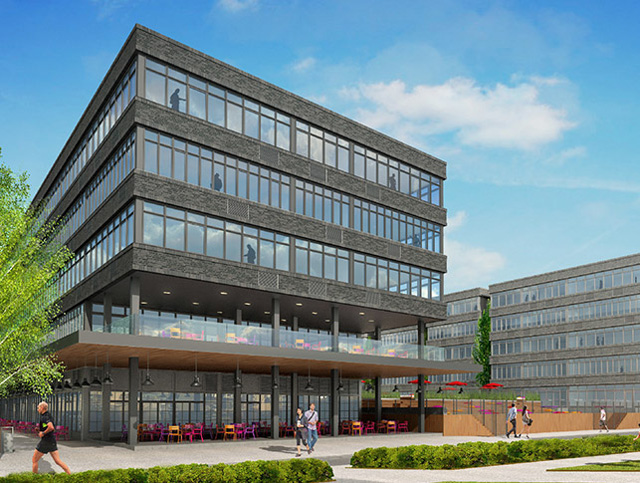 The first renderings are up for Ironstate‘s Urban Ready Living development in Staten Island, which will be located in the borough’s Stapleton neighborhood — just to the south of St. George — on the site of a former U.S. navy base. The project’s architects include the Dutch firm Concrete, as well as Minno Wasko, and its total cost is $150 million. While Staten Island has been removed from the latest wave of development ensconcing the city, that is beginning to change. URL Staten Island is a positive step for Stapleton, and will hopefully set the tone for other new developments in the borough’s smattering of transit-friendly locales. Proximity to ferry access is key, given the ease of commuting to Manhattan and the relatively low cost of living in Staten Island, which could drive additional construction if Ironstate’s project is a success.

Aesthetically, Concrete looks to have done a great job in designing URL Staten Island to mesh with its surrounds. The development is located directly on the waterfront, and per Ironstate, “[hundreds] of thousands of square feet will be dedicated to residential and retail purposes, intertwined with open spaces and pathways designed to encourage pedestrian activity and public gathering.”

The actual buildings are relatively simple, and per Concrete, they will provide “affordable, compact yet spatial, partly furnished rental apartments,” with approximately 900 units in total. Residences will be located above the development’s 30,000 square feet of retail space, and the project will also include 600 parking spaces, which is a necessity given URL Staten Island’s relatively suburban location. Crain’s has additional details, revealed during the project’s groundbreaking last summer.

Activating the Stapleton waterfront will be crucial if the neighborhood is to be turned into an example for dense, walkable, and pedestrian-friendly development, and merging the private and public spaces with extensive open areas is the best way of ensuring that URL Staten Island is a success.

Completion of URL Staten Island is likely by 2015.