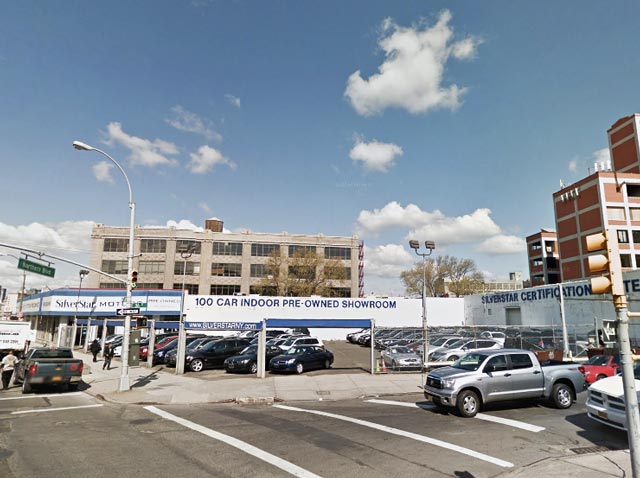 The first DOB filings are up for a mixed-use development at 37-14 36th Street, in Long Island City; the site’s developer is Michael Cohen of Jans Realty, and the architect of record is Montroy Andersen DeMarco.

Permits reveal the 10-story structure will span 102,315 square feet, split between a 53,698 square foot residential component, and 48,563 square feet of commercial space. There will be 85 units, and apartments would appear likely.

The Schedule A has additional details, and it seems that the auto dealership currently occupying the site will be relocated into the new structure, which will also include a repair facility. 37-14 36th Street’s lower levels won’t be completely vehicle-centric, and will include storage for 43 bicycles in the cellar. Apartments will begin on the third floor, which will also have extensive amenities and outdoor space for tenants. Redeveloping the existing dealership presents an opportunity for densification and revitalization; the project’s surrounds are relatively built-out, though the vicinity is currently dominated by storage facilities. 37-14 36th Street will add pedestrians to the neighborhood, which is well-positioned for future growth; the E, F, M, and R trains are around the corner, and the N and Q trains are only a few blocks away.