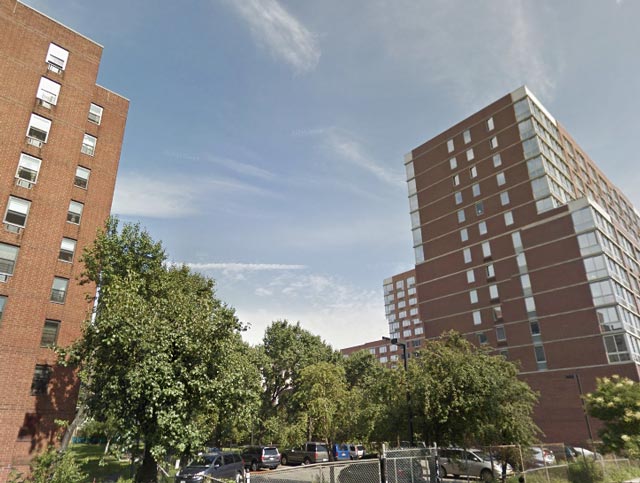 A tipster sent along the first rendering of 215 Chrystie Street on the Lower East Side, which is being developed by Ian Schrager and The Witkoff Group. Yesterday, The New York Post reported that Herzog & de Meuron is designing the structure, while Beyer Blinder Belle is the architect of record. DOB permits were issued last month, and indicate the building will measure just shy of 200,000 square feet; the bulk will be divided between 370 hotel rooms, but the tower’s upper levels will have eleven residences, spanning 33,386 square feet. 215 Chrystie Street will be capped by three levels of mechanicals, which will be sheathed inside a crown — evident in the zoning diagrams — and the structure will top-out 314 feet above street level.

Given The Post’s report and additional DOB filings — which also note the project’s name as ‘The Chrystie Street Hotel’ — the condominiums will likely be super-luxe. Floors 19 through 22 will have two residences each, while 23, 24, and 25 will have full-floor penthouses.

According to the Schedule A, each of the half-floor units will measure approximately 2,300 square feet, while the penthouses will clock in at just over 4,700 square feet apiece. Given the enormous floor-plates, unobstructed views, and access to hotel amenities, pricing will be astronomical, likely setting records for the Lower East Side, which had previously been removed from the super-luxe boom. Interiors will be designed by John Pawson.

The design appears to have undergone refinements compared to previous renderings; whether the most recent image is final or not remains to be seen, but it appears to match the glimpse posted on-site. Appearance-wise, 215 Chrystie Street will be significantly more attractive than typical new developments on the Lower East Side, and Herzog & de Meuron’s involvement will hopefully herald a new icon for the neighborhood skyline. Masonry appears to divide the windows, which increase in size as the building transitions from hotels to condominiums; upper floors will have soaring ceilings, and views from within will be dramatic and expansive.

Completion of The Chrystie Hotel is expected by the winter of 2016.