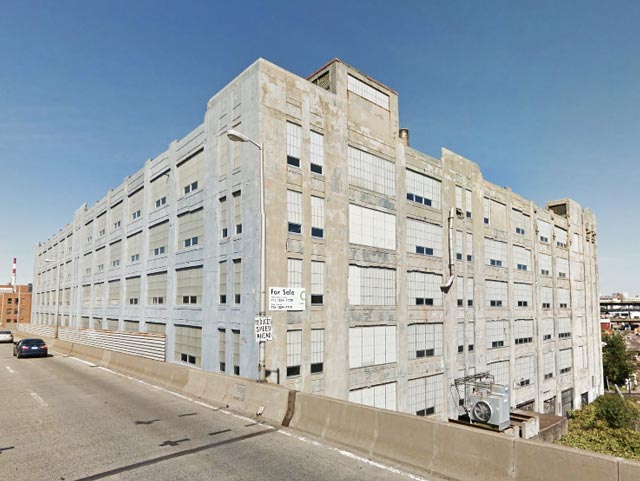 The first permits are up for another major residential development in Long Island City at 43-22 Queens Street, in Court Square, which is the site of the former Eagle Electric building. Rockrose is developing, and SLCE is the architect of record.

DOB filings indicate the tower will stand 54 stories and 580 feet tall, making it the second-tallest residential building in Queens. The scope will total 623,337 square feet, including 34,477 square feet of ground-floor retail; the remainder will be split between 783 apartments.

Curbed recently covered the history of the existing warehouse in a photo-essay, which also included details regarding the new tower. Per Rockrose head Justin Elghanayan, 80% of the warehouse will be preserved, with the adjacent skyscraper part of a larger 2,500-unit development.

43-22 Queens Street represents another positive step in the evolution of Court Square, which is rapidly transitioning into a high-density node; the number of residential projects continues to boom, and several large high-rises will soon begin construction. Rockrose is also developing 43-25 Hunter Street — revealed by YIMBY last week — which will add another 50-story building to the Long Island City skyline.

Heatherwood’s 42-12 28th Street remains the primary contender for the title of Queens’ tallest residential tower, and that project will rise 58 stories and 646 feet. If 43-22 Queens Street has any sort of architectural flourishes above its top floor, it could potentially vie for the title, though that would seem unlikely given that new high-rises in Court Square typically lack crowns or rooftop embellishments. 43-22 Queens Street will be just a few blocks from the E, M, N, Q, R, 7, and G trains, which will provide excellent transit accessibility for the tower. Momentum in Court Square continues to build, and as projects ranging from apartment skyscrapers to boutique condominiums begin construction, pressure will hopefully build for the redevelopment of nearby railyards that could host additional residential towers.

While no completion date for 43-22 Queens Street has been announced, the new filings suggest progress is imminent, and Rockrose’s latest development is another sign of Court Square’s rapid transition into an urban, walkable, and attractive neighborhood.