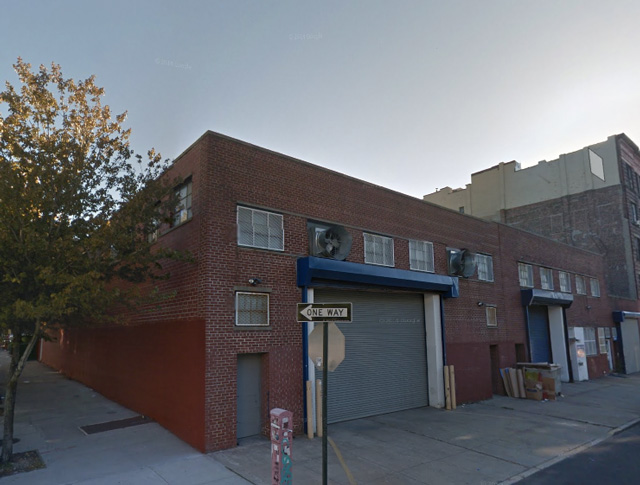 This morning, Perkins Eastman filed an application for a new Williamsburg residential project, at 88 Withers Street. The building permit indicates a height of 12 stories and 148 feet, which will make it visible to drivers on the Brooklyn-Queens Expressway.

The project is being jointly developed by Caro Enterprises (who is also redeveloping the Wythe Confectionary nearby at 390 Wythe Avenue into luxury rentals) and JHG Holdings.

The 45,000-square foot building will contain 36 apartments divided across around 31,500 square feet of residential floor space, for an average unit size of 875 square feet – fairly small for condos, but that’s what Caro’s website says the project will be. According to zoning, such a structure requires at least 18 off-street parking spaces – unfortunate given the transit-oriented nature of the area, and the complete lack of off-street parking in the pre-war buildings that define Williamsburg’s existing built context – but the permit, confusingly, indicates none. Just off the BQE at the corner of Withers and Leonard Street, the site is currently home to a one-story post-war brick warehouse, and was rezoned in 2006 from a very restrictive low-density auto-oriented designation, to allow a more diverse array of moderate-density uses. The developers picked up the lot earlier this year for $8.6 million, or just over $250 per buildable square foot – a significant premium over the $4.25 million that the seller paid for it in 2008.

Talk about 88 Withers Street on the YIMBY Forums