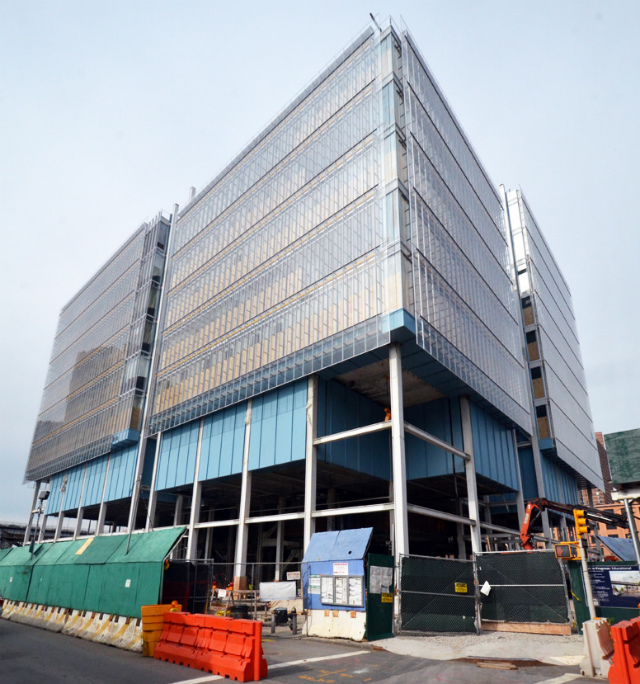 Last week, YIMBY covered a pair of permit filings for private residential projects in Manhattanville, in West Harlem. But the neighborhood’s real building boom is in the educational sector, with Columbia University starting to make good on plans for its 17-acre master planned expansion, concentrated west of Broadway between 129th and 133rd Streets.

Among the first buildings to rise is the Jerome L. Greene Science Center, which will sit on 129th Street, beside the elevated 1 train structure on Broadway.

YIMBY checked out the building last year, when the 450,000-square foot, nine-story structure had just topped out.

Now, YIMBY Forums user Tectonic has an update on the construction progress. The façade of the main building contains two glass curtain walls, and appears to be substantially completed. The base, however, remains unfinished; according to the rendering, it will have a more transparent façade.

In addition to the master plan for the Manhattanville campus expansion and the Jerome L. Greene Science Center, world famous Genoa-born architect Renzo Piano will also design the Lenfest Center for the Arts (slated to open around the same time as the Greene Science Center), as well as the Academic Forum conference facility.

Meanwhile, the Science Center is scheduled to open in 2015, and will house the Mind Brain Behavior Initiative.