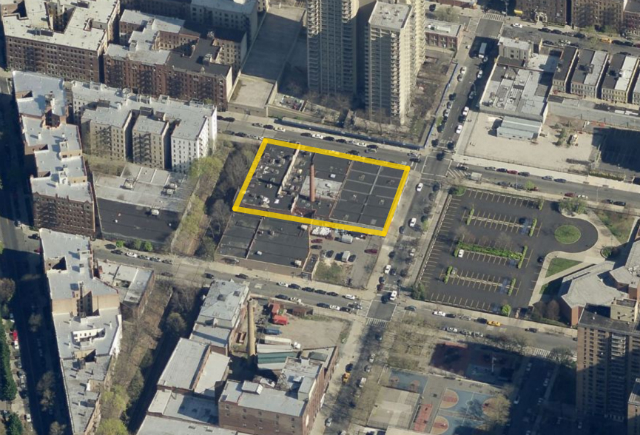 The south side of Crown Heights, below Eastern Parkway, hasn’t been getting as much attention from builders as the trendier north side, but that may be about to change. Earlier today, a permit application was filed for a new four-building, 209-unit residential project at 902 Franklin Avenue, between Montgomery and Crown Streets.

The permit was filed by Karl Fischer, in the last few days that new projects can slide in under the 2008 building code. The application was submitted on behalf of North True Construction, led by Isaac Hager and also associated with Cornell Realty (the phone number listed on the building permit was not a working number, and nobody picked up at Cornell).

The filing calls for nearly 168,000 square feet of residential space, spread over 209 apartments and four seven-story structures, labeled buildings A through D. Each full residential floor of the building is planned to have between five and 10 apartments per floor – likely rentals, given the unit sizes and relatively untested market south of Eastern Parkway.

The cellar and sub-cellar would hold 120 parking spaces, about 15 more than required by the zoning code. The buildings would rise 70 feet into the air, the maximum height allowed in R6A zones.

The land is currently home to a one-story industrial building, with the parcels on the western side of Franklin purchased earlier this year for $14.5 million, or a bit over $85 per buildable square foot. No demolition permits have yet been filed.