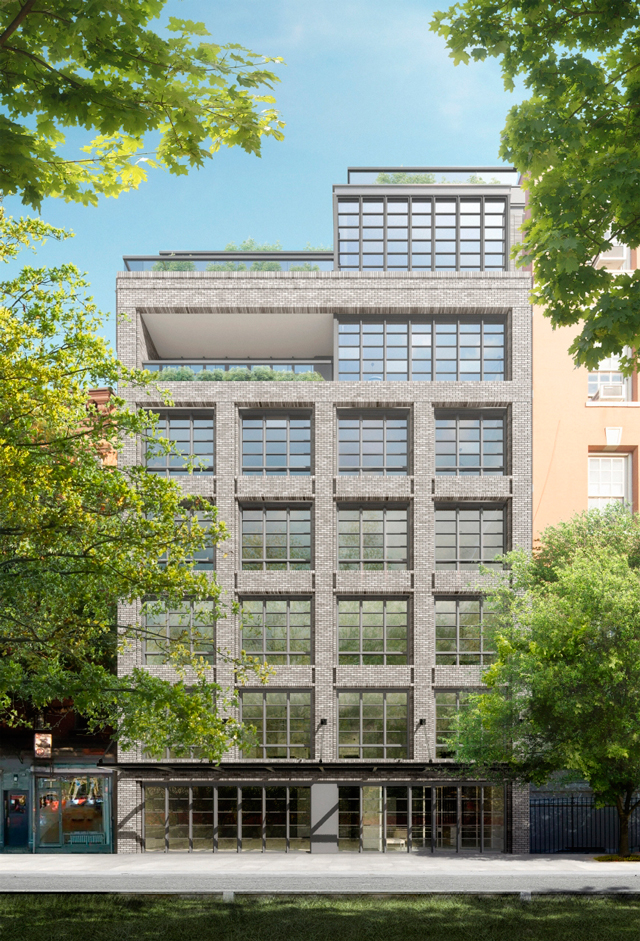 Back in January of 2014, Bowery Boogie posted the first renderings for a new residential development at 204 Forsyth Street, on the Lower East Side. Subsequent interior renderings posted by Curbed depicted gridded windows that were a definite departure from the previous design. And now, YIMBY has the final reveal for the project, which explain the discrepancy between old and new, as the facade has been completely revamped.

204 Forsyth Street will fall on the boutique end of the size spectrum, clocking in with 11 units that span a total of 19,860 square feet. Z Architecture is behind the design, and Charlie Saulson of 204 Forsyth LLC is listed as the developer.

The old design has seen significant exterior modifications, though the scope remains the same, with the building set to stand seven stories and 80 feet tall. A brick facade will mix with gridded windows, blending together in a mid-century look that is becoming increasingly common amongst luxury small-scale developments (and is also starting to pop-up in larger towers, like 509 West 38th Street).

While Issac & Stern tend to dominate the roster of new developments on the Lower East Side that feature historically-inspired aesthetics, price-points in the neighborhood are increasing to the point where this kind of architecture may begin to dominate throughout the area, with other firms like Z Architecture picking up the slack where demand warrants.

On the contemporary end of the spectrum things have also improved for the Lower East Side in recent years, with several ODA projects now in the works, as well as the Herzog & de Meuron-designed 215 Chrystie Street (which will rise on the opposite side of Sara Roosevelt Park from 204 Forsyth).

Signage indicates 204 Forsyth is expected to be completed in 2016.

Talk about 204 Forsyth Street on the YIMBY Forums