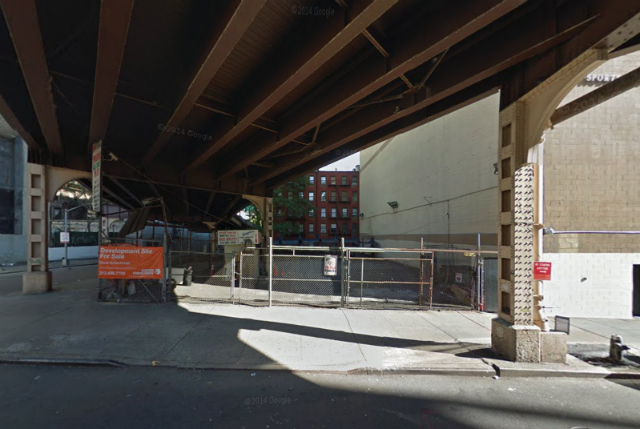 Last June, investment firm Minuit Partners won a variance for a small site on the far east side, at 321 East 60th Street. Situated between First Avenue and one of the access ramps for the Queensboro Bridge, the site is somewhat irregularly shaped, and the applicant successfully argued in front of the Board of Standards and Appeals that they should be allowed to develop the land with housing rather than the commercial and community facility space allowed by zoning. (Not coincidentally, housing is also a far more lucrative use generally, this particular site’s constraints aside.)

Why this block and another in this part of town are zoned exclusively for commercial uses is a question that YIMBY cannot answer, given the nonexistent demand for office space this far east and the existing residential context. To quote crazed bike share hater Dorothy Rabinowitz, “Do not ask me to enter the minds of the totalitarians running this city.”

The BSA approved the site for more than 24,000 square feet of residential space and 28 apartments, after which the developer promptly put the property on the market, for $14.6 million.

While the transaction hasn’t yet been registered with the city, they appear to have found a buyer, and that buyer has hired an architect to submit plans for the project they intend to build with the Department of Buildings.

Earlier today, an application was submitted to construct an eight-story, 21-unit building at 321 East 60th Street. The developer is Guido Subotovksy’s Azimuth Development Group, while the architect is listed as Aufgang Architects.

The apartments would be divided over more than 24,000 square feet of residential space, for an average unit size of 1,160 square feet – likely condos, with three units per floor above the ground level.

Nine parking spaces are included in the project – the maximum allowed by code.