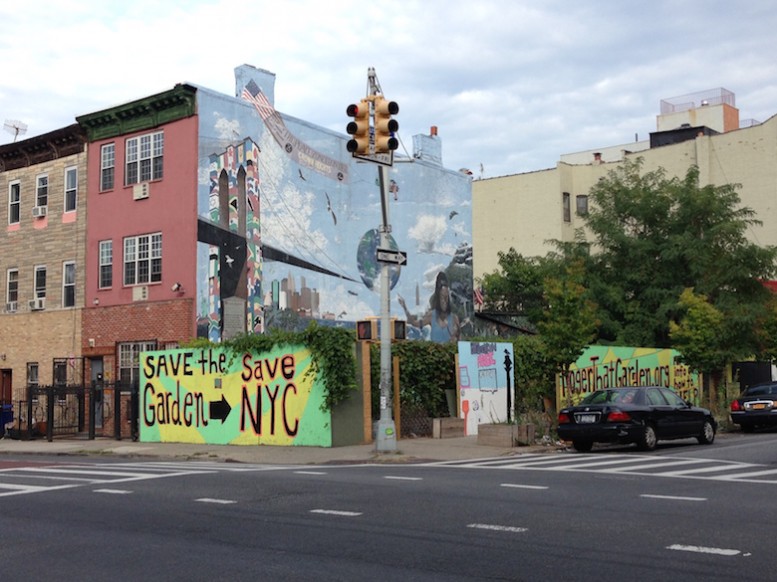 The volunteers behind Roger That Garden in Crown Heights have spent the last year and a half fighting to save their little plot at Rogers Avenue and Park Place from a developer, but it looks like the garden’s days are officially numbered. An application was filed today for a four-story residential building on the property at 115 Rogers Avenue, also known as 749 Park Place.

The new building would hold six apartments divided across 3,990 square feet of residential space, as well as 1,140 square feet of ground floor commercial retail. That works out to an average apartment of only 665 square feet—almost certainly rentals, and about as small as the zoning code allows for new buildings.

There will be one apartment on the first floor, and two each on the second, third and fourth floors (adding up to seven apartments, not six).

Public records indicate the developer is TYC Realty, which took over the property for an undisclosed amount in November 2013. However, the owner listed on building permits is John Emefieh, a lawyer based in Boerum Hill. Engineer Augustine Okundaye applied for the permit.

Last summer, the gardeners raised $15,000 to buy the land, but the developer responded by demanding $1,000,000 for the 1,700-square-foot lot, according to the Post. Workers walled up the garden in June of 2014, and then garden members painted a mural on it to raise awareness for their cause, DNAinfo reported at the time.