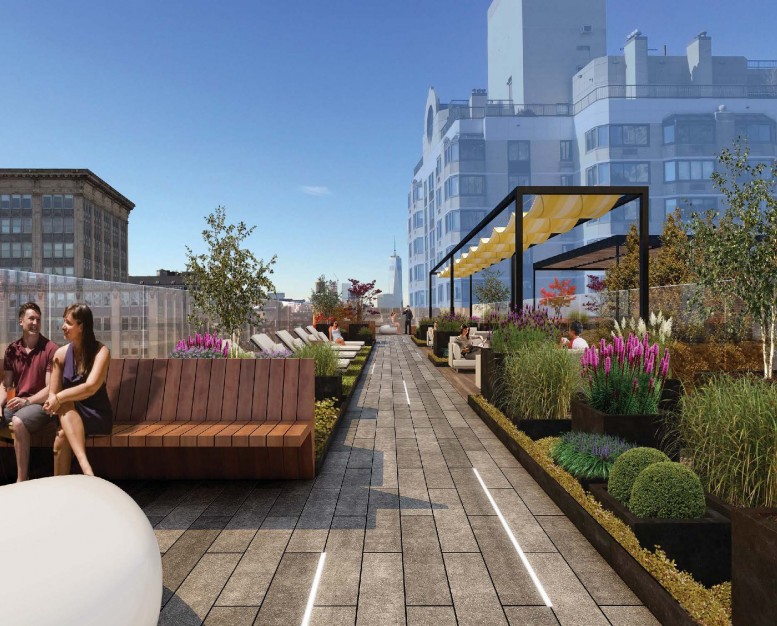 The 1911 Beaux Arts office building at 300 Park Avenue South is getting a swanky new roof deck in time for next spring, according to reps from owner Rockrose Development. Murdock Solon Architects is designing the terrace, which will include an outdoor movie screen and plenty of new greenery. It was originally designed by Starrett & van Vleck, who crafted the look of flagship department stores for Lord & Taylor, Bloomingdales and Saks, as well as the American Stock Exchange and 21 West Street. The surrounding neighborhood is seeing an abundance of rooftop revitalizations, as scarcity is pushing pricing in Midtown South through the roof for both commercial and residential development. In the blocks to the west, 15 Madison Square West has seen a rooftop addition, and 212 Fifth Avenue’s conversion and new rooftop addition were approved by Landmarks just last week.

As for 300 Park Avenue South, the top floor of the building will also be renovated with three new skylights. It’s available for lease, along with the next three floors of office space. Architects Moed, de Armas and Shannon recently updated the 16-story building’s lobby, elevators and common areas, and Rockrose recently installed eye-catching lights that illuminate the structure’s arched windows at night.