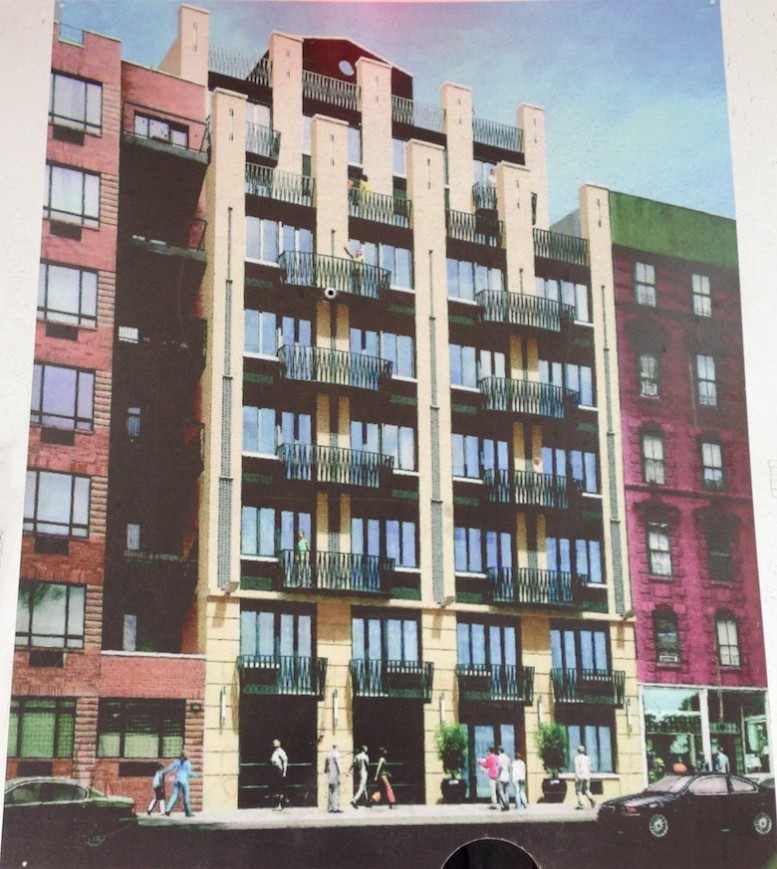 Construction is starting to pick up in East Harlem, where YIMBY spotted a new rendering on the fence at 318 East 112th Street, between 1st and 2nd Avenues.

Designed by Aufgang Architects, the development will rise eight stories and hold 26 apartments. The 92-foot-tall building will house two apartments on the first floor, four each on floors two through six, and two per level on the seventh and eighth floors. The ground floor will also have a two-car garage, and there will be a roof deck on the top floor.

Plans were first filed for this building way back in 2007, but like many market-rate projects planned right before the recession, it didn’t get off the ground until last year. The brick structure has reached seven stories, and is waiting for its balconies and windows. The former vacant lots at 318 and 320 East 20th Street last changed hands for $1,500,000 in 2011, or roughly $75 per buildable square foot. Borough Park-based Volmar Construction appears to be the developer.