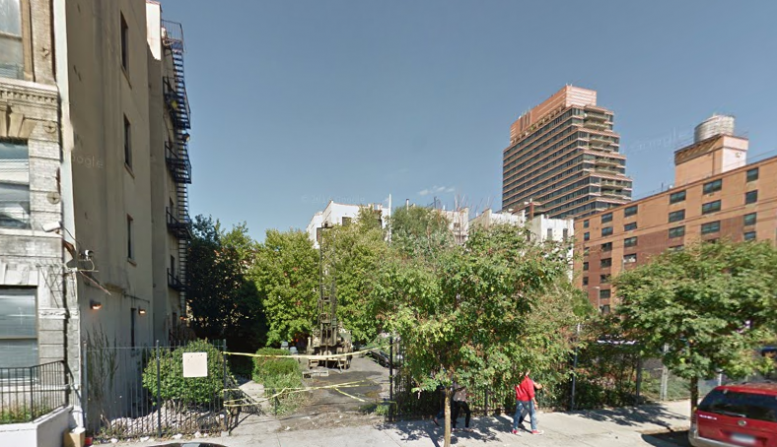 Homeless women’s non-profit WIN (Women in Need) has a new office building in the works at 13 West 118th Street in central Harlem.

New building applications were filed today for four stories of community facility space at the site, which sits mid-block between Lenox and 5th Avenues. Plans call for a lobby and office space on the first floor, more offices on the second and third floors, and a conference room on the fourth.

The cellar will host a staff lounge, storage, more offices and a kitchen. There will be plenty of outdoor space, between a patio on the ground floor and terraces on the third and fourth floors. Designed by OCV Architects, the building will stand 44 feet tall and include 15,945 square feet of interior space.

Children’s Aid Society owns the property, which is currently a community garden, and runs kids’ programs in the apartment building next door, known as the Dunlevy Millbank Center. Alteration permits have also been filed to add a sixth floor and one more apartment to that building, 17 West 118th Street.