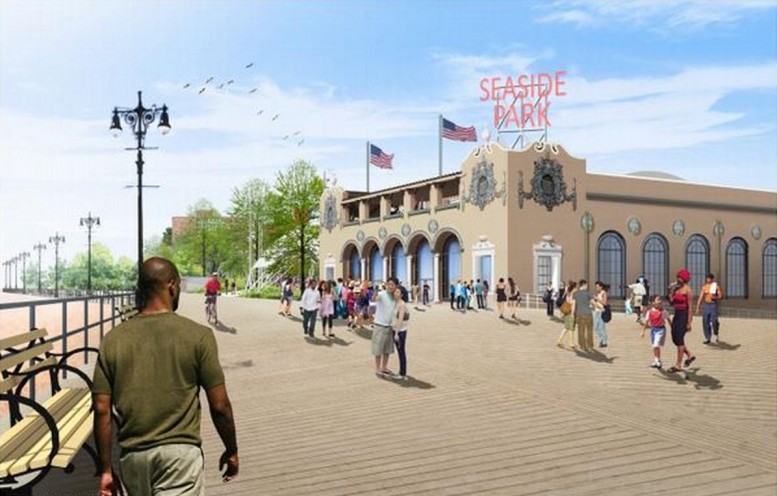 Developer iStar Financial and Coney Island USA have received the go-ahead to begin construction on the vacant but landmarked three-story, nearly 56,300 square-foot building at 3053 West 21st Street, on Coney Island. The structure and an adjacent vacant lot are being converted into a 90,000 square-foot complex featuring a 5,000-seat amphitheater. According to the Commercial Observer, a restaurant is also planned, and the $53 million project is expected to be finished by the middle of 2016.

Renderings Reveal Next Phase of Neptune/Sixth at 532 Neptune Avenue in Coney Island, Brooklyn