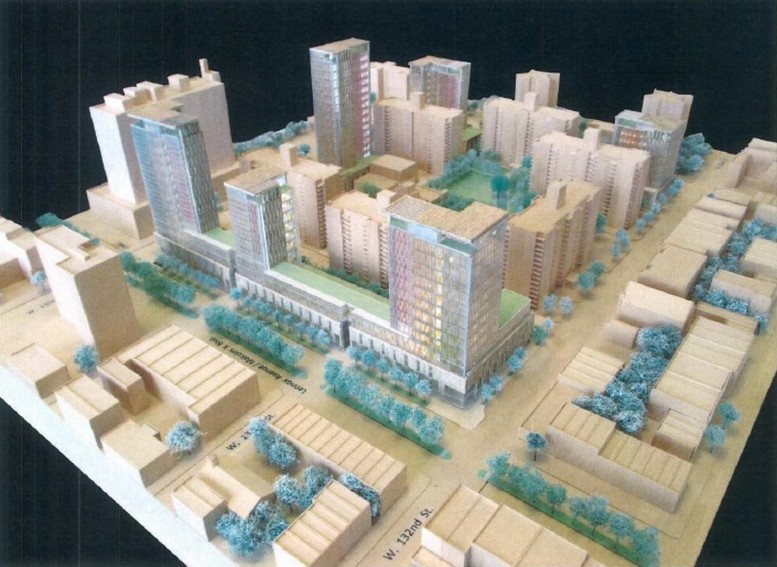 The Olnick Organization has filed pre-applications with the city, beginning the ULURP process that would rezone Lenox Terrace, a tower-in-the-park development bound by West 132nd and 135th Streets, and Malcolm X Boulevard and 5th Avenue in central Harlem. According to DNAinfo, the complex has six 17-story towers, which make up 1,700 residential units, and nearly 96,600 square feet of commercial space is located within perimeter low-rise buildings. The rezoning would allow the redevelopment of the retail structures, most importantly the four corners of the mega-block. As proposed, six new buildings could be built, some rising 30 stories, which would add 1,300 residential units and 287,000 square feet of retail space.