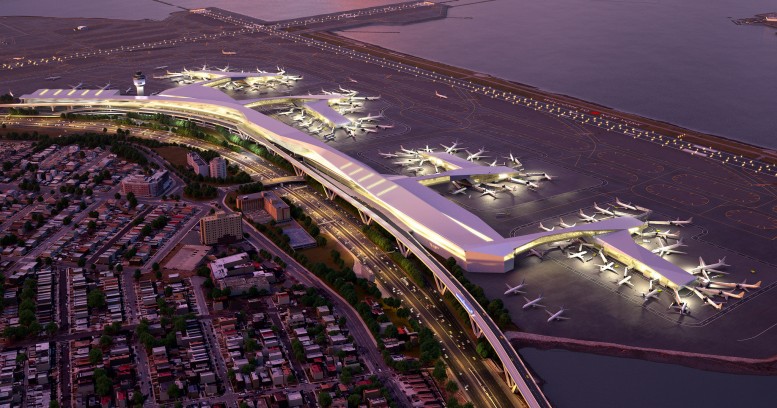 UPDATE: Crain’s now reports the project is expected to be built in phases, with the “Central Terminal Building” to be complete by 2021, and for Terminals C and D to complete in 2026.

Governor Cuomo and Vice President Biden announced plans calling for the complete reconstruction of LaGuardia Airport, in East Elmhurst, Crain’s reports. The $4 billion project will have four connected terminals and will wrap around the Grand Central Parkway. There will also be 24-hour ferry service and an AirTrain linking the airport to the 7 train’s Willets Point stop. Approval from the Port Authority is required, and the terminal portion is expected to break ground in 2016 . The AirTrain link will take roughly five years to build.