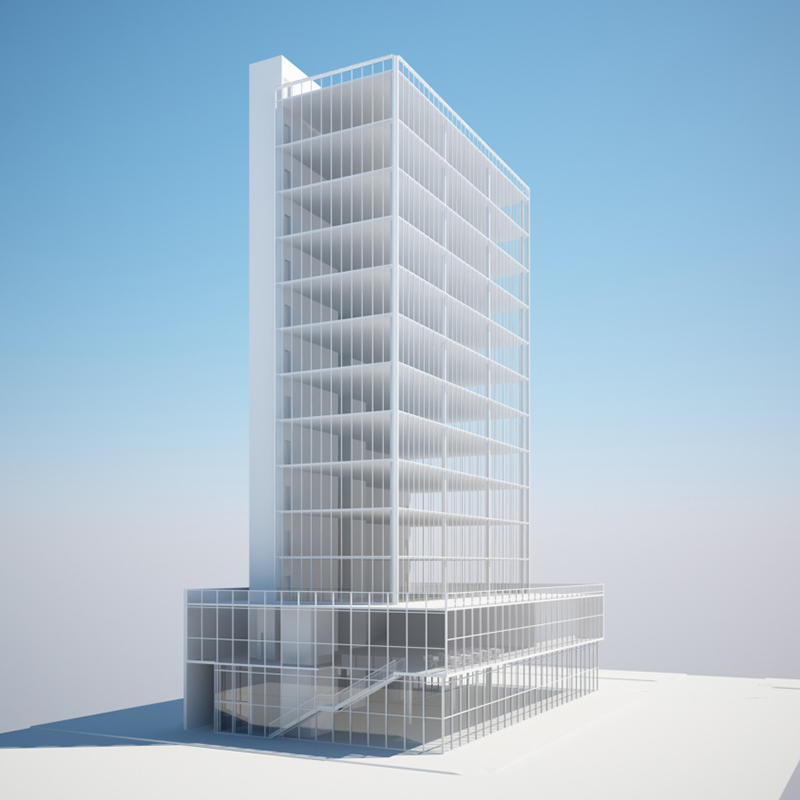 The shell of a gas station at 100 East Broadway has sat empty for six years near the entrance to the Manhattan Bridge in Chinatown. Now, a 14-story office and medical building will rise on the block-long corner lot between the bridge, Division Street, Pike Street and East Broadway.

New building applications filed on Friday call for 58,830 square feet of commercial space and 4,902 square feet of community facilities. Retail will occupy the first floor, followed by a restaurant on the second and third floors and a medical office on the fourth. The remaining 10 stories will hold office space. The offices will be condos, because Asian tenants prefer to own rather than rent, the developer told the Daily News earlier this year. 60 parking spots will fill three cellar levels. The developer chose to build all this parking, because zoning doesn’t require it in Lower Manhattan. The garage may need a special permit, because 60 spots far exceeds the parking cap that City Planning imposed when they changed Manhattan’s parking rules in 2013.

Ultimately, the building will reach 180 feet into the air and encompass 63,732 square feet. It will fill the entire lot and max out the site’s allowed density, eking out a little more square footage by including medical offices. Yeung bought the 9,800-square-foot site from ExxonMobil for $18,750,000 in April. Demolition applications have been filed but not yet approved to knock down the old gas station, and construction is expected to finish in 2017.