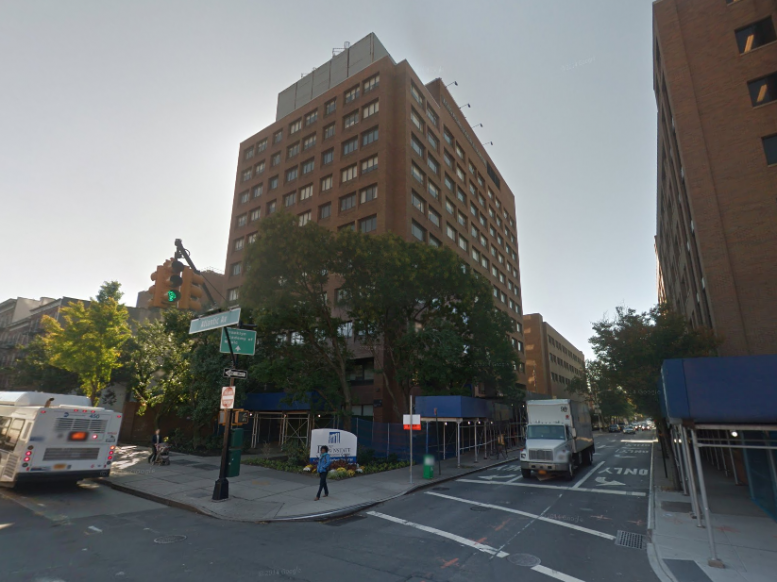 Now that a judge has finalized the sale of Cobble Hill’s Long Island College Hospital to Fortis Property Group for $240 million, the developer has wasted no time filing plans for a new emergency center. New building applications surfaced on Friday for a new five-story medical building at 70 Atlantic Avenue, on the corner of Hicks Street.

NYU Langone Medical Center will run the 160,000-square-foot facility, and Crain’s reports that it will cost an estimated $204 million. NYU took over LICH’s former emergency department on Amity Street last fall, after the struggling hospital shut its doors in May 2014.

The East Village-based hospital filed plans for the new building on Atlantic Avenue with the state Health Department last month, detailed by the Brooklyn Paper. The first floor will have a 19,000-square-foot emergency department, two inpatient beds, 10 patient bays, two resuscitation rooms, two triage rooms, a decontamination room and 12 other treatment spaces. An outpatient surgery center large enough for 22 patients will take up the third floor, and the fourth floor will have a cancer center, pharmacy and laboratory. There will be a diagnostic imaging center in the cellar.

Plans call for five stories and 105,832 square feet of community facility space. The new building will reach 89 feet into the air on an L-shaped lot that fonts parts of Atlantic Avenue, Pacific, Henry and Hicks Streets. Perkins Eastman will be responsible for the design.

Demolition applications have been filed, but not yet approved, for the current 12-story building.

NYU expects to open the facility in 2018. In January, they awarded Skanska a $120 million contract to handle the construction.

Meanwhile, the Cobble Hill community is vehemently opposed to Fortis’ plans to redevelop the rest of the LICH site, with one neighbor proclaiming, “This is going to be a war,” during a community meeting in May. Their as-of-right plan would involve 400 market-rate apartments spread over three towers, but a rezoning would allow 800 units—some of which will be below-market—across four towers, in addition to a park, retail, public school and seven new townhouses.