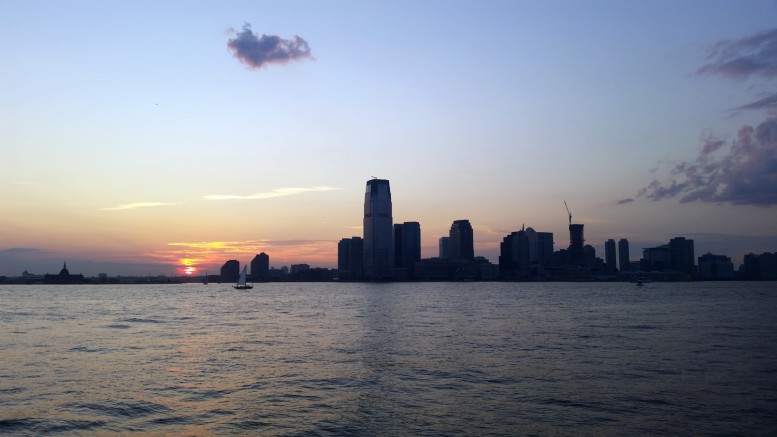 In New York City, the current real estate boom has left the largest marks on the Midtown Manhattan and Downtown Brooklyn skylines, but the rise of Jersey City over the past few years has been equally if not more impressive. And while the latest additions across the Hudson have been predominantly residential, YIMBY has word that a 95-story tower is now in the works at 55 Hudson Street, which could make it the tallest building in both Jersey City, and all of New Jersey.

In a previous interview with YIMBY, Jersey City’s Mayor Steven Fulop told us that “Goldman Sachs came in regarding a new tower next to their existing building on the waterfront, and we’re just starting to talk about that.”

And now it seems those plans may soon begin to cycle through the public review process, as the city’s planning documents have been updated with the scoping for 55 Hudson Street.

While few design or usage specifics are yet available, the project will span 920,000 square feet, and planning documents specify commercial/office intent. Given that the new towers of the World Trade Center and Hudson Yards are much larger in terms of square footage — and stand relatively close to 95 floors — it would seem likely that whatever is entering the pipeline at 55 Hudson Street will be mixed-use in nature, likely including either a hotel or residences on its upper floors. The building will have 17,500 square feet of retail space, and 684 parking spots. This part of Jersey City will prove especially active in terms of development over the near-future, as just two blocks to the north, a major residential project is also in the works at 99 Hudson Street. While that building was initially expected to stand 990 feet to its roof, becoming the first “supertall” in New Jersey (standing over the 300 meter mark), it has since been downgraded slightly to 900 feet and 76 floors.

Whether 55 Hudson Street sees a similar reduction remains to be seen, but anything exceeding 990 feet has to clear the city’s height limits through public review, and it seems likely that 55 Hudson will easily clear that mark.

While the latest update is encouraging, no completion date has been announced, and plans are clearly still being formulated. If the project does move forward, it may face competition in the height department from the 90-story hotel and casino planned at Liberty Rising, in southern Jersey City.