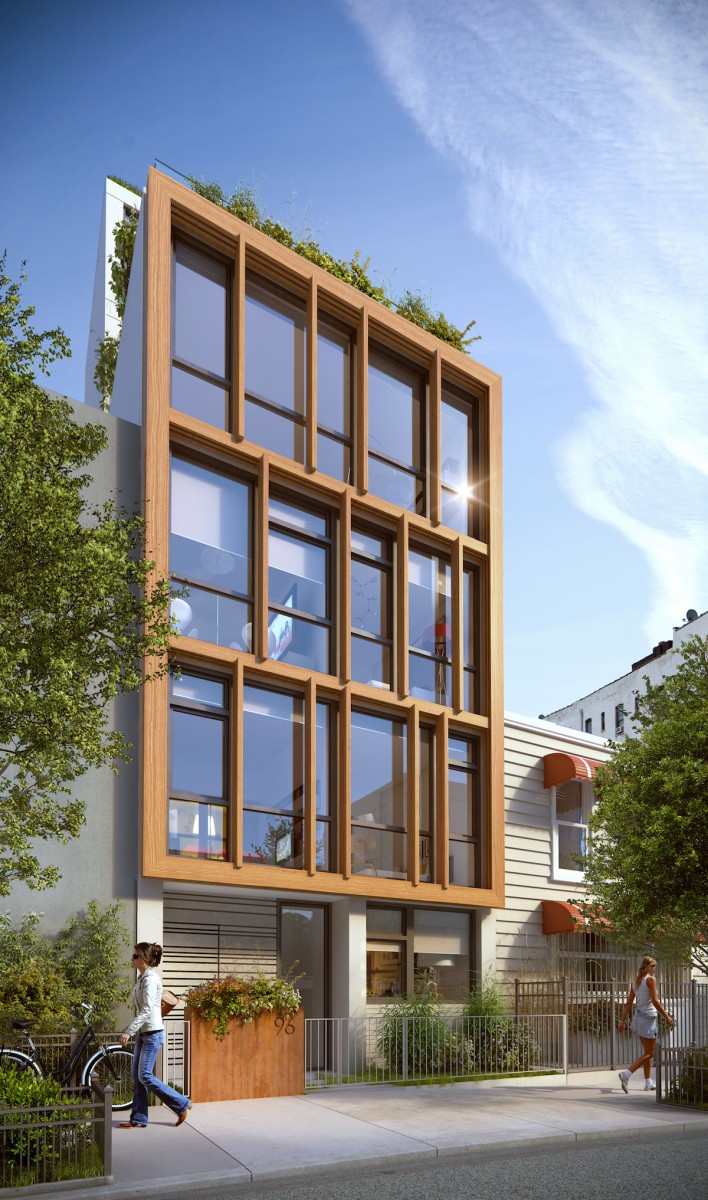 A modern five-story apartment building is about to replace a little two-story brick townhouse at 96 16th Street, between 3rd and 4th Avenues in South Slope.

The attractive, glassy structure will fill a 20-foot-wide lot a block north of the Prospect Expressway and the Prospect Avenue R train stop. The 50-foot-tall building will hold four two-bedroom condos divided across 5,200 square feet. Apartments will average 1,300 square feet, and each unit will have its own private outdoor space.

A duplex will occupy the cellar and first floor, followed by two full-floor units on the second and third floors and a penthouse duplex for the fourth and fifth stories. The fifth floor will be set back, allowing the four-story facade to line up with the brick apartment houses that line much of the block.

The architects, Hudson Square-based Jorge Mastropietro Atelier, wanted to design the building to passive house standards. But passive house requires the structure to be tightly insulated, which was difficult to achieve while preserving enough living space on such a narrow lot. So they decided the building will be energy efficient but not passive-house certified. It’ll have triple-glazed windows and mechanical sunshades on the rear facade to prevent the apartments from getting too hot in the summer. Here’s how Clayton Feurer, a project manager at JMA, explained the facade design:

“The concept was to create a layered facade that provides depth to the street wall.  The wood frame accentuates the three upper units while providing a warm contrast to the predominantly industrial neighborhood.”

Mastropietro is designing and developing the project. He picked up the 2,500-square-foot property for $1,200,000 last year.

New building applications were first filed in December of last year, and plans will likely be approved next month.