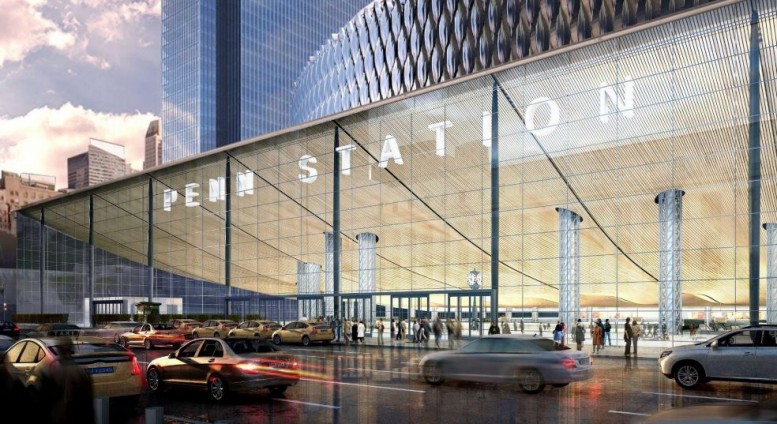 Gov. Andrew Cuomo is preparing to issue a request-for-proposals later this week to renovate and upgrade Pennsylvania Station, located under Madison Square Garden on Eighth Avenue between West 31st and 33rd Streets. According to the Observer, the project is part of the $26 billion investment in the Metropolitan Transportation Authority (MTA), with the state contributing $8.3 billion. Multiple plans for a new entrance have already been put forth, one of which involves the demolition of the MSG Paramount Theater in replace of a glass enclosure, seen in these latest renderings. Pennsylvania Station, rendering by DBOX via the WSJ

The station’s underground pedestrian network and retail would also be rebuilt. In addition, Amtrak would move their operations to the old U.S. Post Office building, dubbed Moynihan Station, according to the Wall Street Journal. The state is in the process of forming a partnership between Amtrak (the owner of Penn Station), the MTA, and the Empire State Economic Development Corporation.