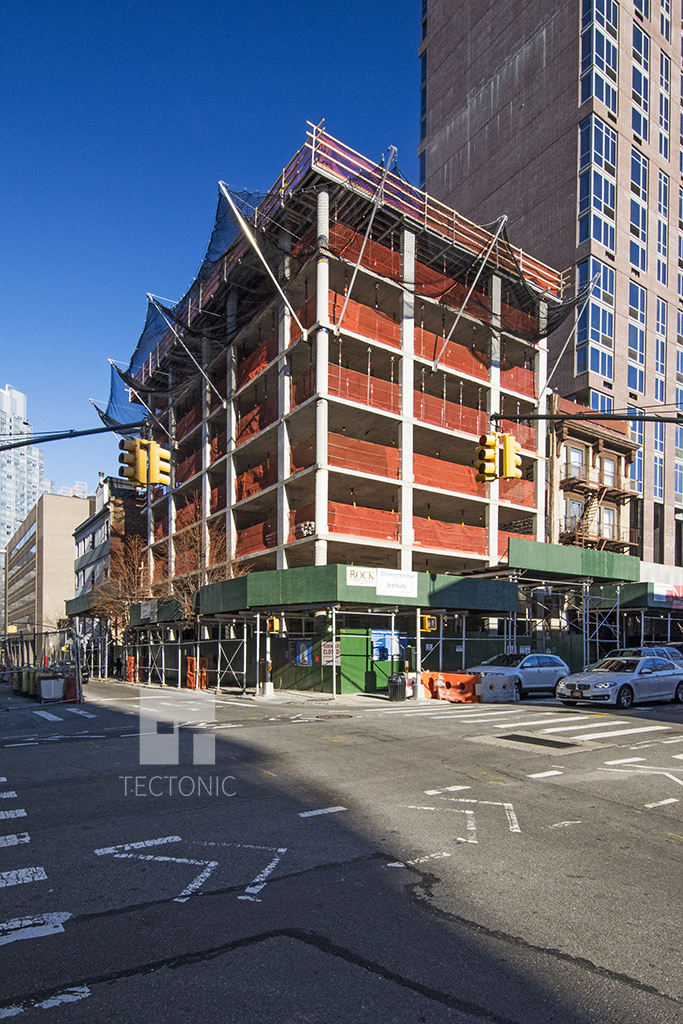 It was back in May of 2015 that YIMBY brought you a new rendering of the 21-story mixed-use development at the corner of Schermerhorn and Nevins streets in Downtown Brooklyn. Now, thanks to photos sent to us by our friend Tectonic, we can report that 319 Schermerhorn Street’s construction has nearly reached the half way mark. Being developed by Adam America and designed by Issac & Stern, the building will eventually reach 210 feet into the air. It will have 74 condominiums, though the new building permit does not indicate the residential square footage of the development, or of the project overall. So, we can’t estimate the average size of the units from that. In April, Crain’s New York Business had reported that the building would measure 87,445 square feet, but that was based on a plan for 65 units.

Amenities will include a tenant recreation room on the second floor and a 574-square-foot space in the cellar for parking for 37 bicycles.

Retail space will share the first floor with the residential lobby.

The site is located about a little over a block from the A/C/G at Hoyt-Schermerhorn Streets and about the same distance from the 2/3/4/5 at Nevins St.