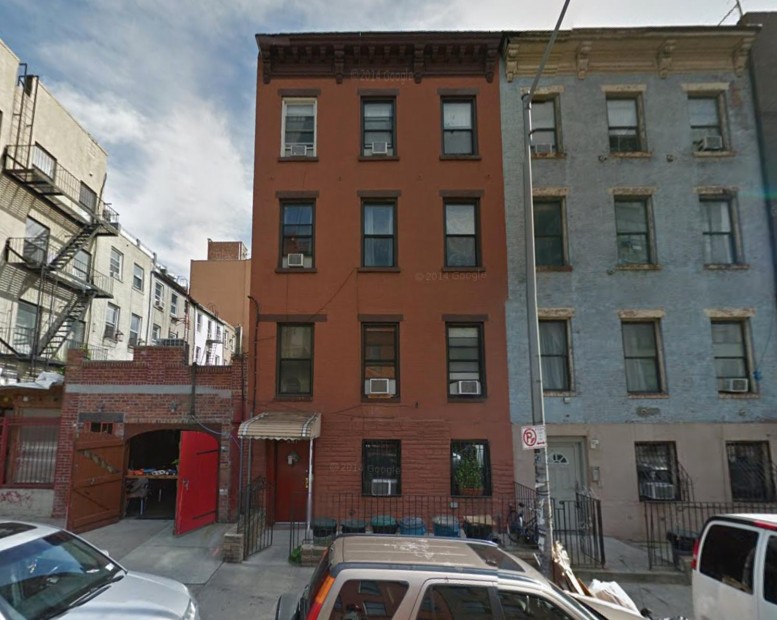 Since late 2014, Isreal Gold has filed applications to turn the four-story, four-unit townhouse at 801 Driggs Avenue, on the western end of Williamsburg, into a five-story, eight-unit building. The original structure was completed in 1910, and the latest plans would expand the structure horizontally in the back and vertically by one story. In the end, residential space will total 6,078 square feet, which means units will average 760 square feet, indicative of rentals. Brooklyn-based John Schimenti is the architect of record. The building is located four blocks from the Marcy Avenue stop on the J, M, and Z trains.