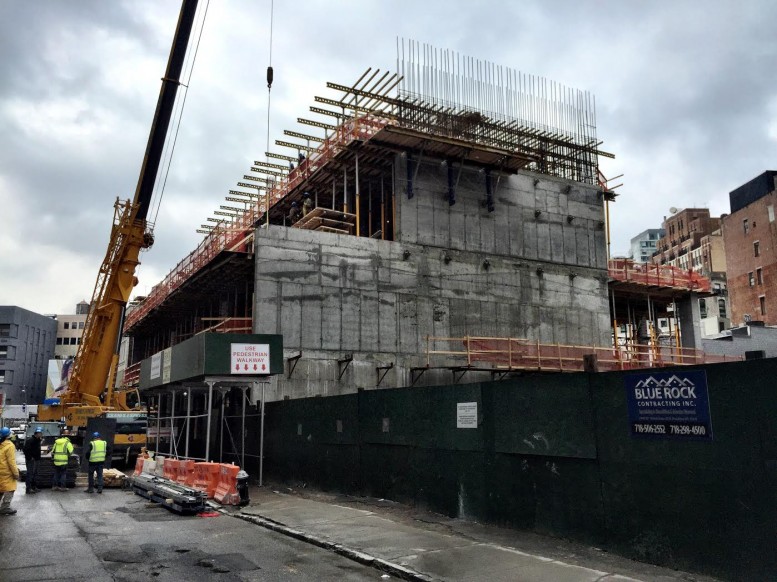 In November of 2014, YIMBY revealed renderings of the planned 28-story, 150-unit mixed-use building at 436 Albee Square, in Downtown Brooklyn, located only a few blocks from stops on roughly a dozen subway lines. The Department of Buildings granted permits in March 2015, and since then the building has risen three stories above street level, as seen in photos by Tectonic. The latest filings have the project measuring 155,100 square feet in total and including 23,740 square feet of commercial-retail space on the cellar through third floors. The residential units will begin on the fourth floor and should average 793 square feet apiece. ODA New York is designing and Yoel Schwimer is the developer. Completion in 2017 seems probable.