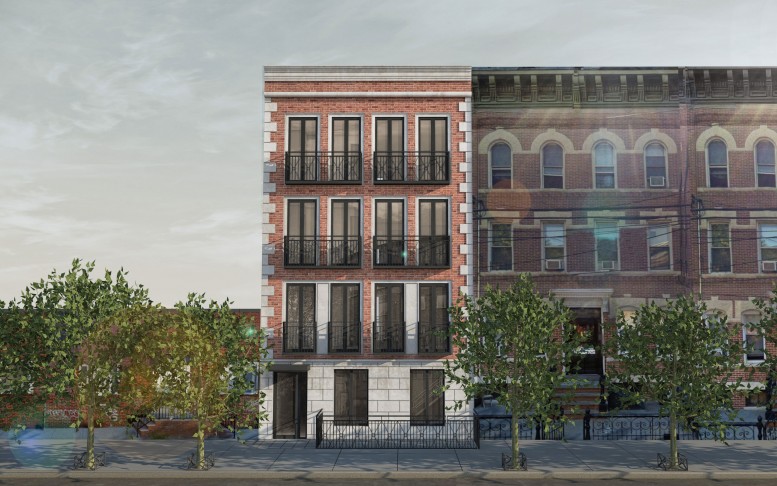 The Bushwick residential boom is quickly spreading north into Ridgewood, and today YIMBY has a look at a small project under construction just over the border between Brooklyn and Queens, at 1728 Himrod Street.

The four-story apartment building is replacing a single-story brick house between Cypress and Seneca avenues. It’ll hold seven apartments spread across 4,992 square feet of residential space, offering average units of roughly 720 square feet. The first three floors would have two units each, topped by a full-floor penthouse on the fourth floor. There will also be a roof terrace, but we’re not sure if it will be shared or private for the top-floor apartment.

The design promises to fit in well with this block, which is lined with small, pre-war brick apartment buildings. The facade will be clad in red brick on the upper floors and white facade panelling on the ground floor. Each apartment on the upper floors will get its own balcony, which is a nice amenity in a relatively affordable neighborhood that doesn’t have much new construction. The project is small enough to avoid the city’s parking requirements. And it’s only a seven-minute walk from the Dekalb Avenue L stop, or a slightly longer walk to the M train at Seneca Avenue. Goldsmith first filed building applications for the development last April, and the DOB greenlighted the project in June of 2015.