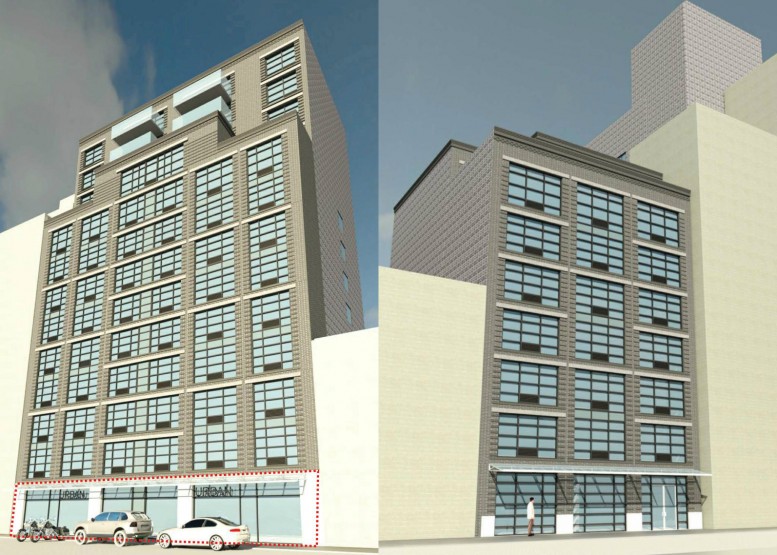 Back in August of 2015, YIMBY reported on applications for a 10-story, 53-unit residential building at 255 East Houston Street, on the Lower East Side, but now landlord Samy Mahfar is taking the project through Urban Land Use Review Procedure (ULURP) in order to build commercial-retail space. According to Bowery Boogie, the latest plans call for 13-story building on East Houston and an eight-story counterpart at 171 Suffolk Street. As proposed, the entire project would encompass 93,015 square feet and includes 7,240 square feet of ground-floor retail space. There would be a total of 63 residential units and 20 percent of them would be rented through the affordable housing lottery. Stephen B. Jacobs Group is designing and completion is tentatively scheduled for 2020. An existing four-story building must first be demolished.