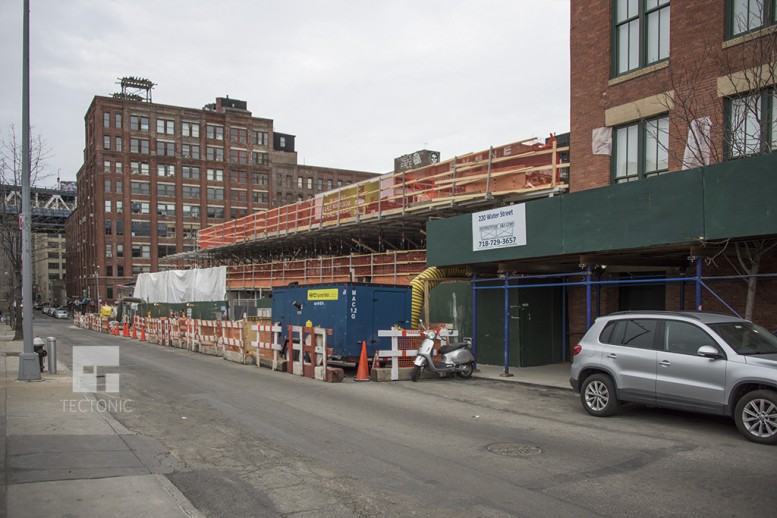 The development will eventually reach 12 stories, rising to 117 feet, according to the latest new building permit. There new building will encompass 105,899 square feet. Of that, 104,411 square feet will be devoted to 105 residential units. That works out to an average unit size of over 994 square feet. These will be “luxury” rentals, according to the website of Suffern, N.Y.-based Aufgang Architects.

There will be seven apartments on the first floor, 12 on the second floor, 13 each on the third through sixth floors, 11 each on the seventh and eighth floors, and three each on the ninth through 12th floors.

There will be 48 parking spaces in the cellar, as indicated by the Schedule A, though the new building permit indicates 59 spaces. There will be space for 54 bicycles and other amenities will include a gym, stroller room, an outdoor recreation area, and several in-building laundry rooms.

There will be 1,488 square feet of commercial space, with a unit on the first floor. The project is being developed by Urban Realty and Megalith Capital and includes the expansion of a warehouse at 200 Water Street. That is being grown from a four-story 60-foot-tall structure to a six-story 80-foot-tall structure. There will be 37,374 square feet for 15 condominiums. Completion of the entire project had been slated for 2016.

Whenever it’s done, it will be right around the corner from the York St stop on the F train and only a seven-minute walk to the A/C at High St.