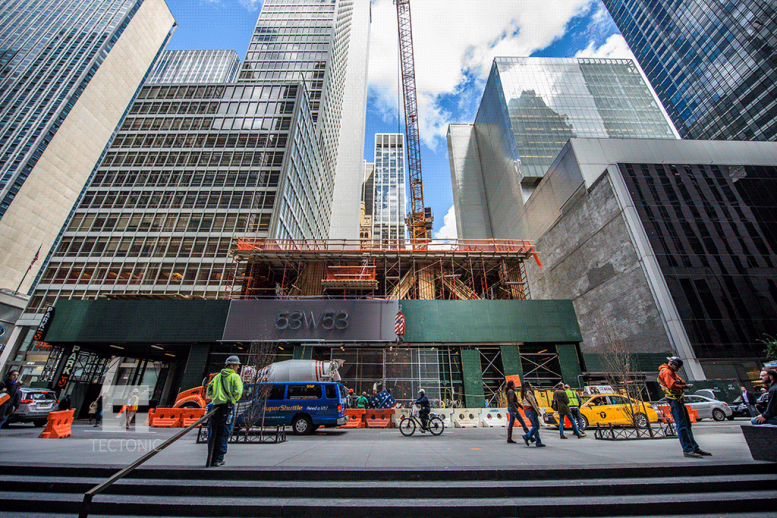 It was in September of 2015 that YIMBY last brought you a construction update on the 82-story, 139-unit supertall residential tower underway at 53 West 53rd Street, in Midtown. At the time, foundation work was well underway at the site, and now the structure is up two stories above street level, as seen in photos by Tectonic (h/t Curbed). The luxury tower, dubbed 53W53, is being designed by Ateliers Jean Nouvel. Thierry Despont is designing the interiors of the residential units. The apartments will come in one- to six-bedroom configurations, and the largest listing is currently a seven-bedroom penthouse. Amenities include a pool, a library, a wine vault, a fitness center, and a lounge. The Museum of Modern Art (MoMA) will also be located on the bottom floors of the building. Hines and Pontiac Land Group are the developers, and completion is expected in 2017.