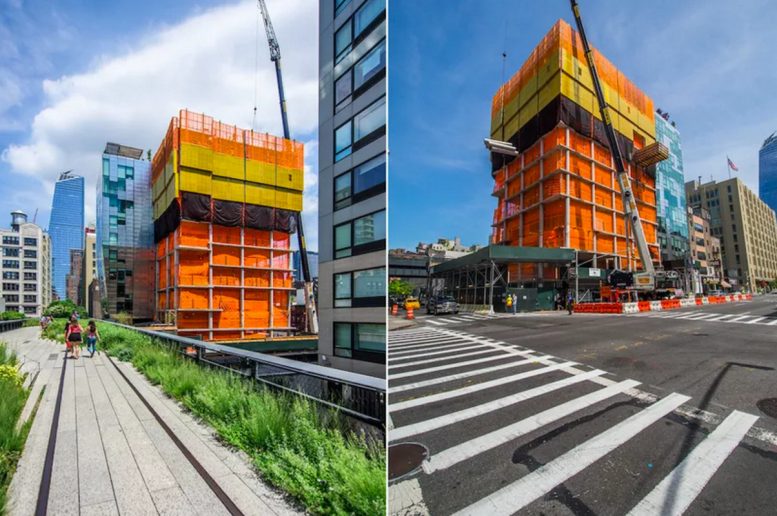 By the end of June, the 12-story, six-unit mixed-use building under development at 239 Tenth Avenue, on the corner of West 24th Street in West Chelsea, was had been built up to the fourth floor. The project has since topped out, according to a Curbed NY report. The new 54,662-square-foot, 137-foot-tall building, dubbed The Getty, will include 13,437 square feet of commercial space on the cellar through second floors. There will be eight condominium units on the floors above. They should average 4,674 square feet apiece, and three of them will be duplexes. Amenities include private residential storage units and a fitness center. The penthouse apartment will feature a roof terrace. Victor Group and SHVO (headed by Michael Shvo) are the developers, and Peter Marino Architect is designing. Completion is expected in 2017.