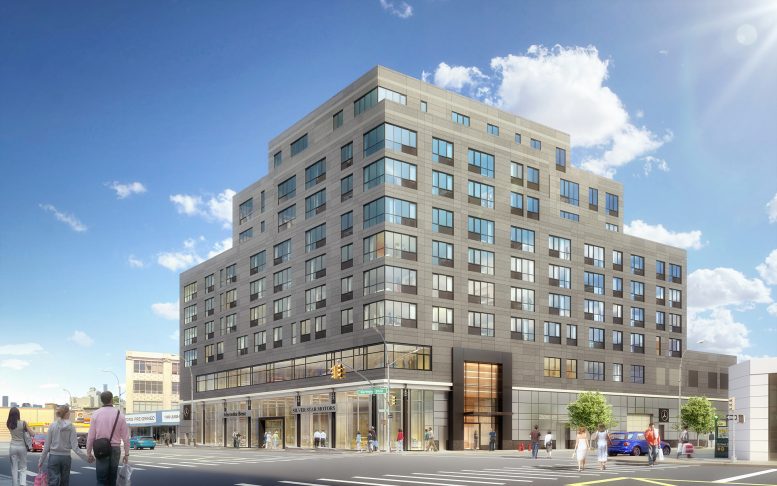 Though the weather is cooling down, it isn’t putting a damper on new development in Long Island City. On Wednesday, a new 10-story, 102,292-square-foot mixed-use building topped out at 37-14 36th Street, located between Northern Boulevard and 37th Avenue in the Dutch Kills section of the neighborhood. Silver Star Motors is the developer, the Midtown South-based architecture firm Montroy Andersen DeMarco is behind the design, and 1 Oak Contracting actually constructed the building.

The developer will operate a Mercedes-Benz dealer on the first two floors and a mezzanine level, occupying 35,571 square feet of commercial space.

There will also be storage space for 43 bicycles and a 43-car parking garage.

The building is located around the corner from the 36th Street station on the M and R trains. Northern Boulevard feeds right on to the Ed Koch Queensboro Bridge and into the Queens Midtown Tunnel.

Occupancy is expected by the summer of 2017.