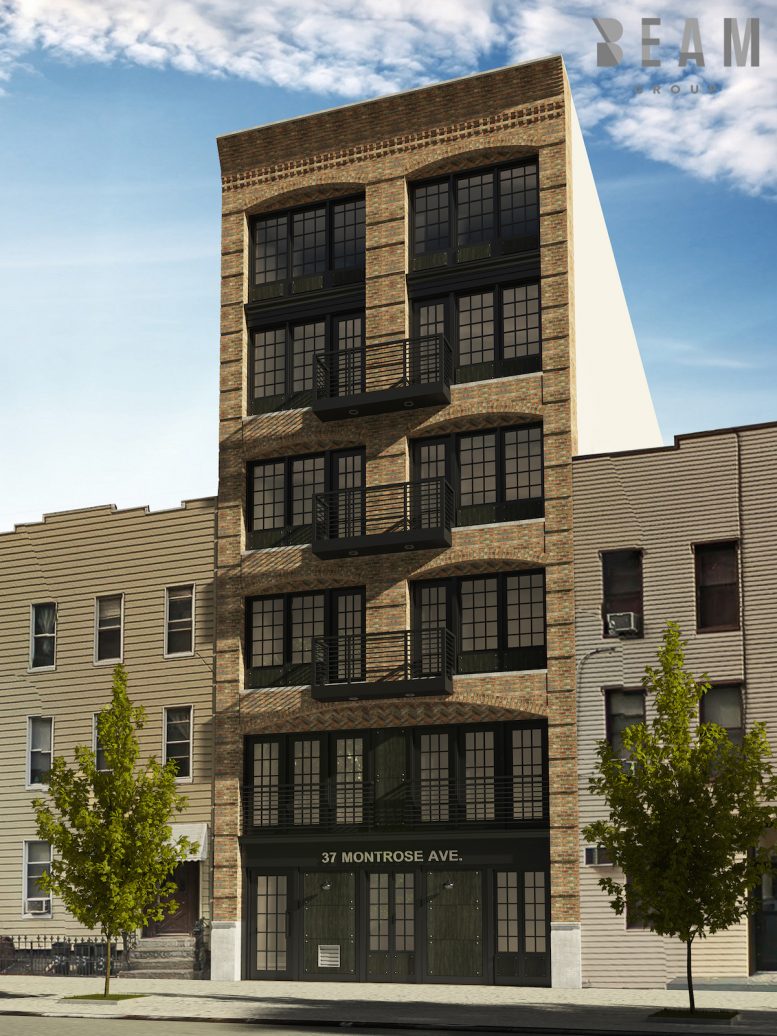 New loft buildings designed to look like 19th century factories have become a staple of development in North Brooklyn. Soon, another new building will join their ranks at 37 Montrose Avenue in Williamsburg.

The five-story development will replace a garage between Union Avenue and Lorimer Street, across the street from Sternberg Park and the Lindsay Park co-op towers. The building’s 10 apartments will be spread across 7,487 square feet, for average units of 750 square feet.

Since it’s a small building, there aren’t many amenities. But there will be laundry rooms in the cellar and a 300-square-foot roof deck on the top floor.

BMG Design Build is the architect of record, and Beam Group is responsible for the rendering. Design-wise, the arched window openings and casement windows will fit in well in a neighborhood where wood frame homes, warehouses, and brick row houses all line the streets. It certainly promises to be more attractive than the two-year-old rental building down the block at 334 Lorimer Street, which managed to combine an ugly facade with poor interior design.

The new building filing lists the owner as Barry Himmel of Williamsburg-based Chaverim Realty Corporation. The company has owned the 2,500-square-foot property since 1998.

Other faux-industrial new buildings in the hood include the Morris Adjmi-designed 282 South 5th Street, and a few small and mid-size buildings designed by the Meshberg Group, like 291 Metropolitan Avenue, 774 Grand Street, and a collection of loft-style townhouses on Berry Street.