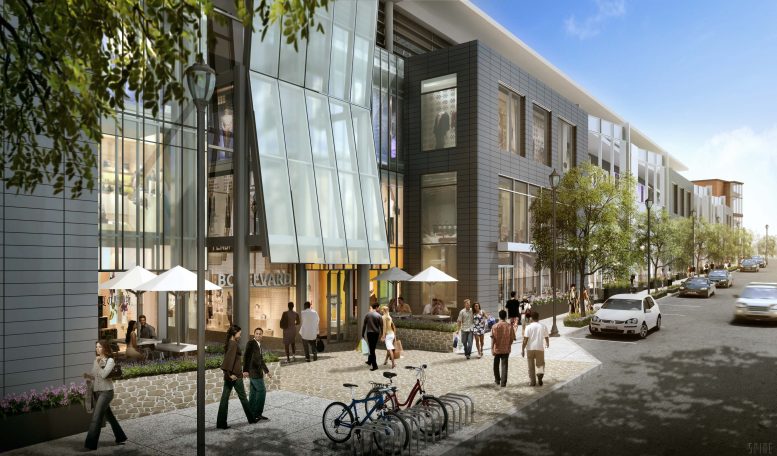 Harlem-based Grid Properties is planning a four-story, 230,000-square-foot mixed-use development, dubbed the Boulevard, at 77 West Post Road, located on the southern end of downtown White Plains, in Westchester County. The latest plans call for 220,000 square feet of commercial-retail space, 38,000 square feet of which will be dedicated to a fitness center, Westfair reported. Twelve market-rate one-bedroom rental townhouses are also part of the plan, in addition to a 720-car parking garage. The project was presented to the city’s Common Council back in November, although it will eventually have to be approved by the city’s Planning Board. Philadelphia-based BLT Architects is behind the design. The assemblage is comprised of mostly vacant parcels and single-story commercial buildings. Waterstone of Westchester Opens at 150 Bloomingdale Road in White Plains