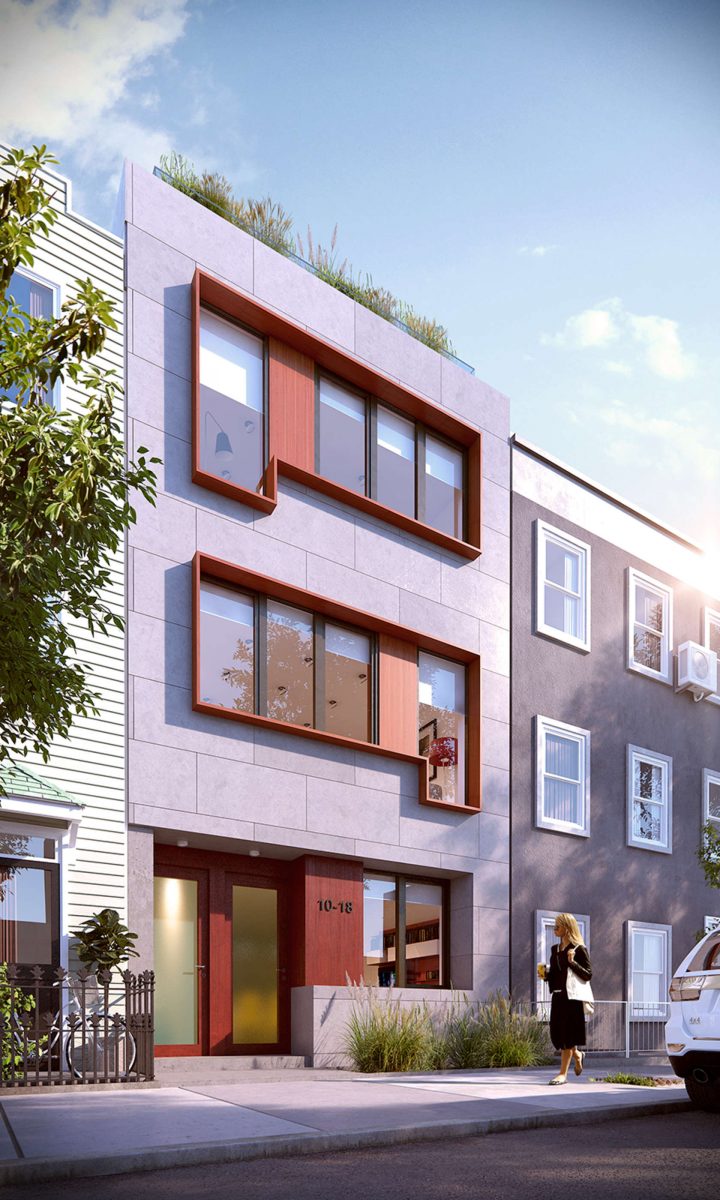 It’s not often that development in Long Island City results in fewer residential units for the neighborhood. However, next year in Hunters Point, a small conversion project at 10-18 47th Avenue is slated to do just that.

The conversion will transform a three-story, three family home into a two-family dwelling with a backyard and roof deck, according to architect Jorge Mastropietro. A 1,468-square-foot addition will be built onto the back of the existing structure, will which will be split to provide living space for both apartments.

Renderings show a new asymmetrical facade, seemingly inspired by a game of Tetris, with long windows for each dwelling.

Long Island City-based Ascent Development is behind the project. Ascent is also one of the developers of the 55-unit condo a short walk away at 11-51 47th Avenue.

The project is set to be completed next year, according to Mastropietro’s website. It’s under two blocks from the 21 Street-Van Alst stop on the G train.