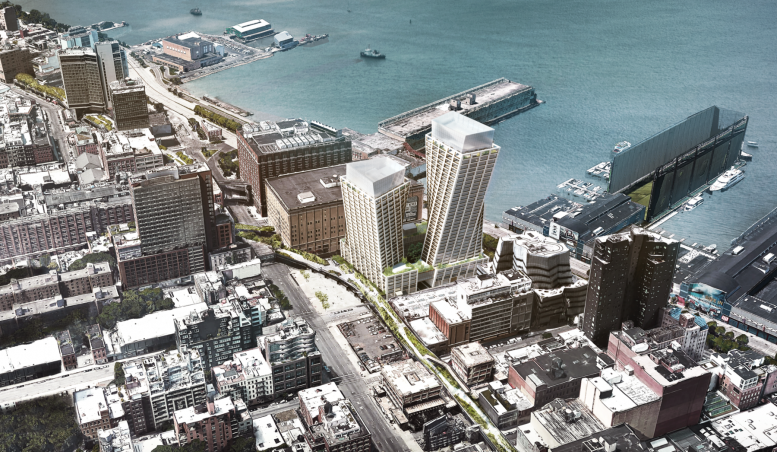 Late last month, YIMBY reported that piling work was underway at the site of HFZ Capital Group’s two-towered, 35- and 25-story, mixed-use project at 76 11th Avenue in southern Chelsea. The developer had been considering whether to construct a hotel or office space within the project’s commercial component; now it has been revealed that a five-star, 137-key Six Senses Hotels Resorts Spas is planned. The hotel portion will be located in the 25-story eastern tower and will feature a spa. It will be the Bangkok-based hotel operator’s first location in the United States.

The rest of the project, dubbed The Eleventh, will contain 240 residential units between the two towers. Retail space will be located in the complex’s base. Bijarke Ingels Group is behind the architecture. Completion is expected in 2019.