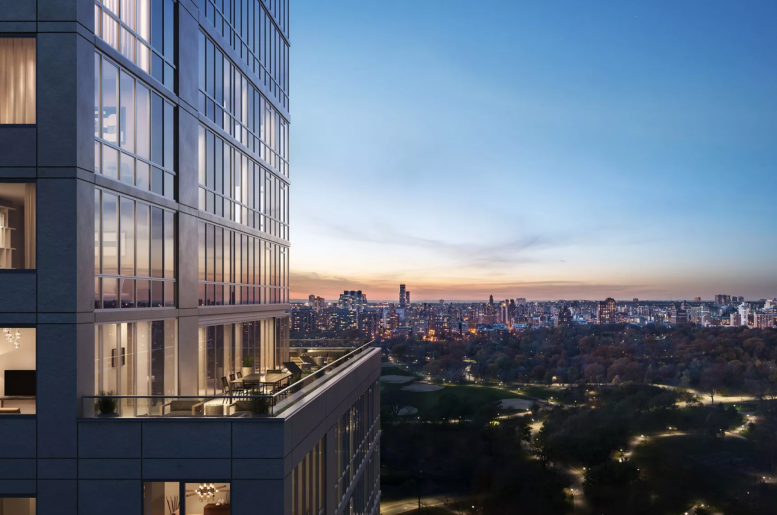 Now that Harlem is going to get an $8.7 million apartment at Circa Central Park, it only seems natural that the future condos at 1399 Park Avenue will fetch up to $3 million. The building has finally begun to rise at the corner of 104th Street, and YIMBY has a photo courtesy of Tectonic.

Designed by Goldstein, Hill, and West, the development will rise 23 stories across the street from the stone-clad Park Avenue viaduct, which ferries the Metro North trains through Harlem and north into the Bronx. It’ll hold 72 condos and 93,850 square feet of residential space, with typical units measuring 1,300 square feet. Apartments will range from studios to four-bedrooms, and asking prices will begin at $680,000 and go up to $3 million. The project will also include a 46-car garage—spread between the basement and ground floor—and 19,000 square feet of community facility space on second through fourth floors. The fifth floor will offer amenities, like a shared roof deck, game room, lounge, and fitness center.

Heritage Real Estate Partners, led by Jeremy Markowitz, is developing the site. They purchased it for $12 million in 2014. When applications were filed last year, the building was going to hold 108 rental units. But Heritage evidently saw how profitable East Harlem could be and filed condo plans with the state earlier this year.

Future condo owners will be able to catch the 6 train two blocks away at 103rd and Lexington Avenue, and the Second Avenue Subway line will soon run up to 96th Street, three avenues east and several blocks south of here.