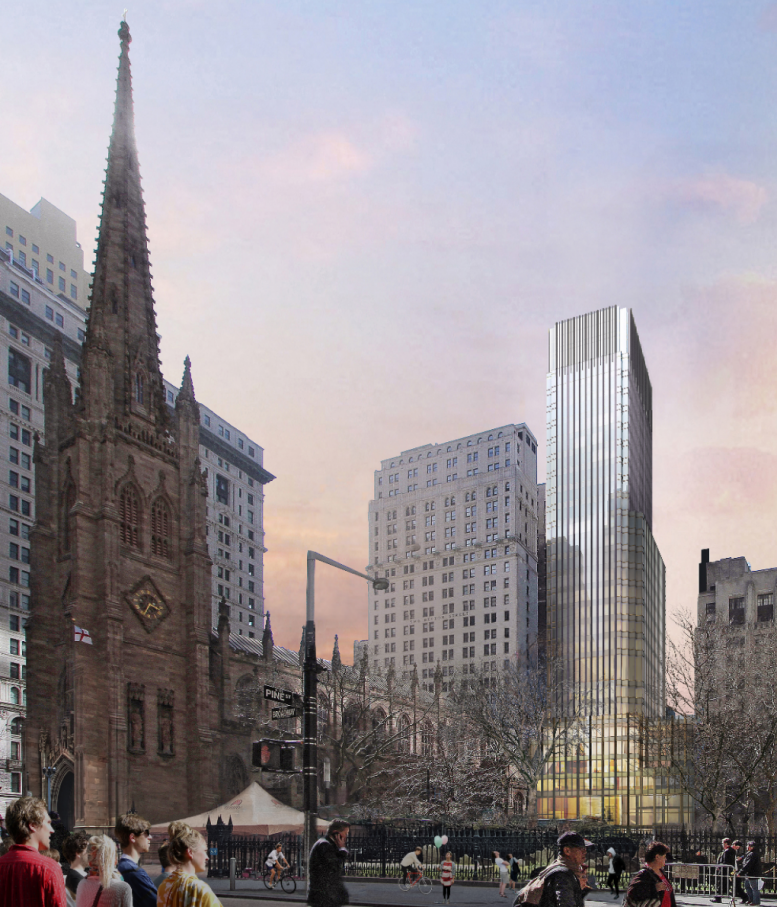 The 26-story building, also designed by Pelli Clarke Pelli, will contain public space on its first five floors, Trinity Church’s offices on three floors above those, and 17 floors of additional office space. The building will be crowned with another two mechanical floors, enclosed within the glassy facade, and its total scope will measure 310,000 square feet per the Wall Street Journal. Stephen B. Jacobs Group will be serving as the executive architect, and the plans will also integrate the existing pedestrian bridge that spans Trinity Place, linking the new building with the historic Church, designed by architect Richard Upjohn and completed in 1846. Greenwich Street in particular is rapidly improving, as abandoned and derelict buildings are being either renovated or demolished to make way for new developments. While the quality of the new hotels aside from 133 Greenwich is rather lackluster, they’re still improvements compared to what’s being replaced.

As for 74 Trinity Place, excavation now appears to be underway, and while no formal completion date has been confirmed. Late 2018 or early 2019 would seem a likely target.