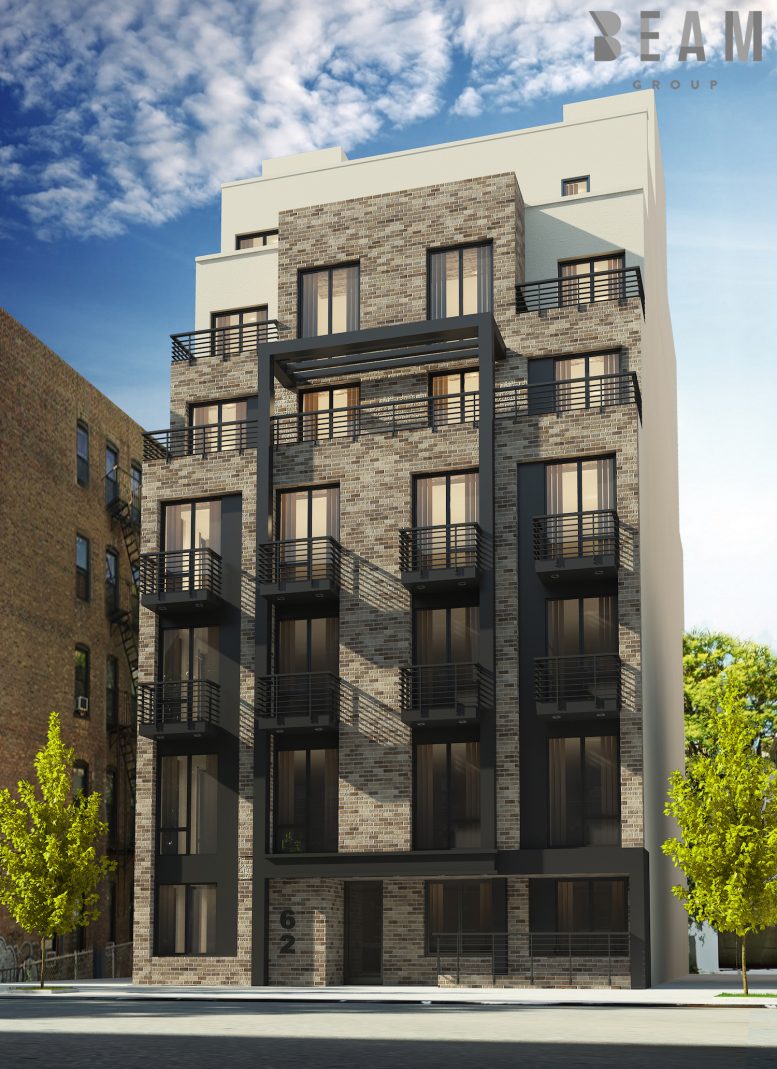 The neighborhoods just south and east of Prospect Park are ground zero for new construction and rising rents.

A little single-family house at 62 East 21st Street, between Caton and Woodruff avenues, met the wrecking ball last year for another new development. Now we have a look at what’s replacing it.

The six-story building will have 23 apartments spread across 16,000 square feet of residential space, for typical unit of just under 700 square feet. The project will be rentals, and several apartments on the upper floors will come with private balconies.

Five stories of construction have risen above the street so far, according to the architects. Bed-Stuy-based Beam Group designed the building, and their partner company BMG Design Build applied for the permits.

Abe Wald, based in Borough Park, is the developer. He purchased the property in November 2014 for $1.65 million and filed permits a few months later.