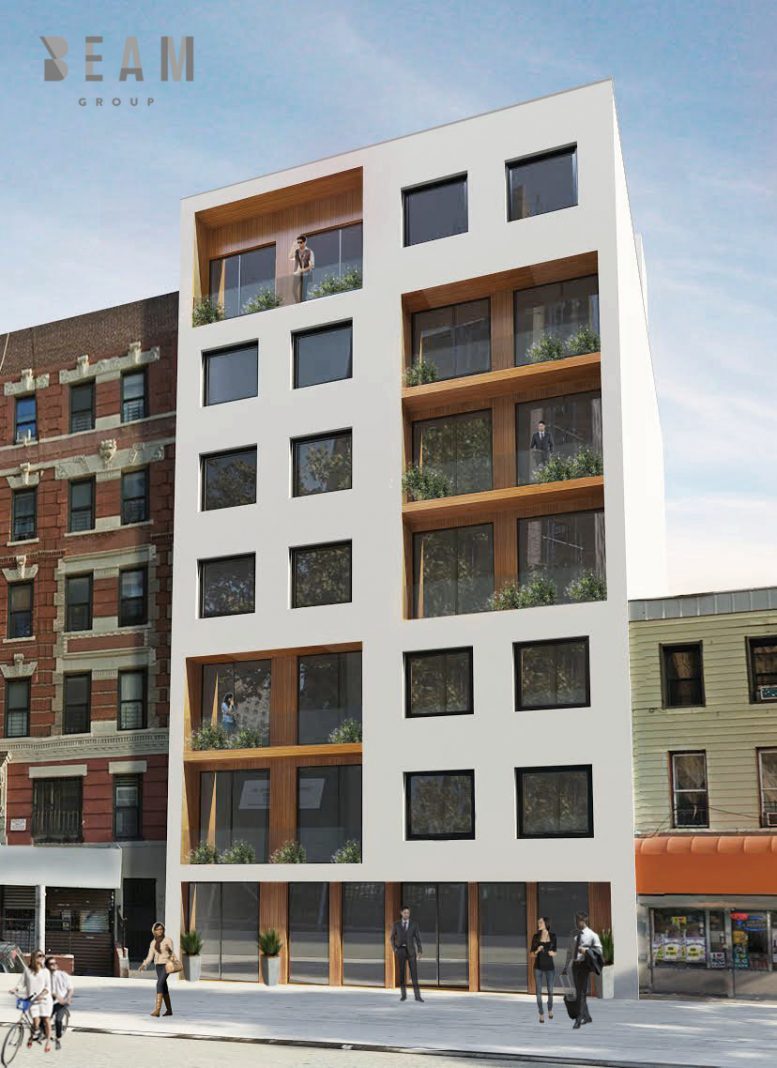 The white facade will be simple and modern. The wooden cut-outs and accents add some interest, but they don’t overwhelm the pre-war buildings that run along the south side of Myrtle between Tompkins and Throop avenues. The latest set of plans, filed in August, call for 23 apartments and 15,570 square feet of residential space. An 800-square-foot retail space would fill the ground floor.

Each of the upper floors would have three to four units, and three duplexes would be spread across the top four floors. There would also be a 520-square-foot roof deck and cellar storage space for 12 bikes.

Boaz Golani’s BMG Design Build and Beam Group are responsible for the design.

The original developer of this site was Cornell Realty, which filed plans for a larger project in March of 2015. Frontgate Management took over the property for an undisclosed amount in July, and then took out a $1.4 million mortgage on it.

Construction will “hopefully start in five months,” the architects tell us, and work is expected to take a year and a half.