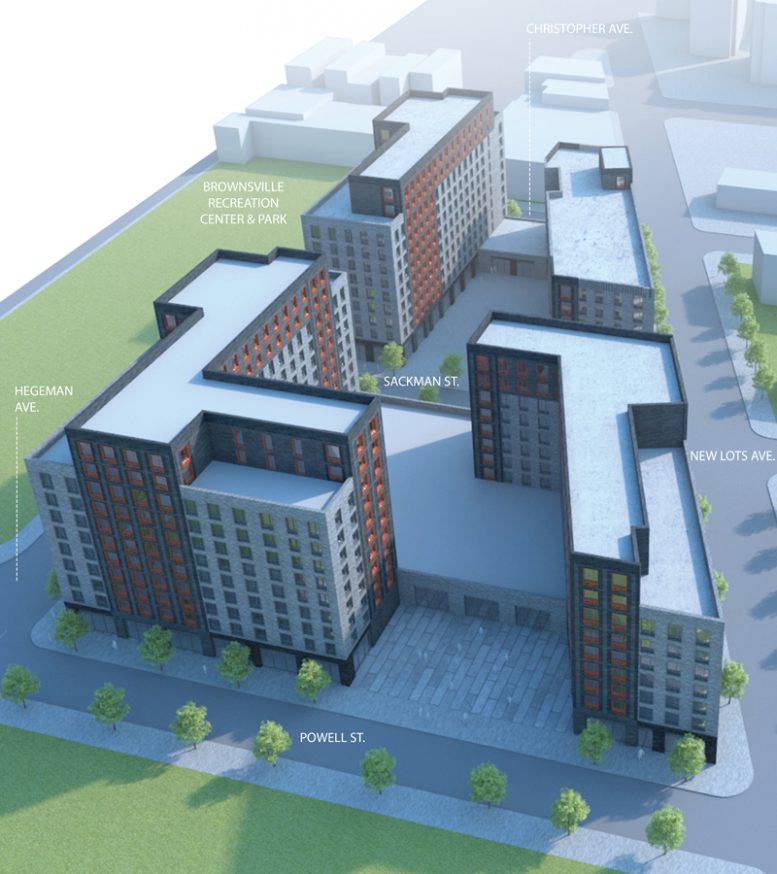 New details are emerging of the affordable mixed-use project planned at 110 New Lots Avenue, in southern Brownsville. The project was reported to consist of 481 units when plans were first unveiled in October. Developers have now filed applications with the Department of City Planning to rezone the two-block assemblage for a multi-building project, called Ebenezer Plaza, with a total 512 apartments, an increase of 31 units. All of the units would rent at below-market rates. Brisa Builders, Procida Companies, and the Church of God of East Flatbush are the developers. Perkins Eastman is designing the project. The project will have to be approved through the city’s Uniform Land Use Review Procedure (ULURP).