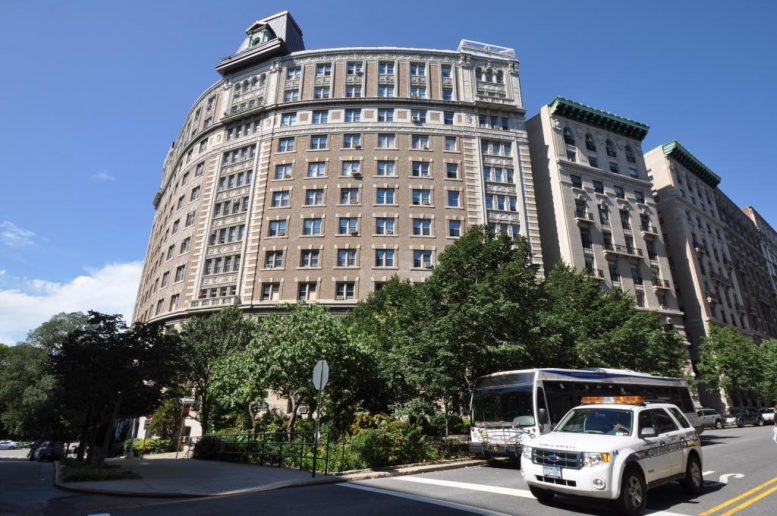 In September, the Landmarks Preservation Commission put the Morningside Heights Historic District on its calendar. The next step, a public hearing, was held on Tuesday, and dozens showed up. While there was some opposition, most who spoke rose to support designation of the proposed district.

The proposed district would stretch from a little south of West 109th Street, where it would meet the relatively new Riverside-West End Historic District Extension II, north to West 119th Street. The western boundary would be Riverside Drive and part of the district would stretch as far east as Amsterdam Avenue. There would be 115 buildings, but it would not include the main campus of Columbia University. The area is unusual, at least for Manhattan, in that it was largely undeveloped for most of the 19th century. Among the reasons cited are the neighborhood’s elevation, the presence of an orphanage and an insane asylum, and its lack of public transit. Of course, that changed with the IRT subway went into service in 1904. As we reported at the time of calendaring, most of the included buildings were constructed between the 1890s and 1920s. The once-rural district is now 91 percent residential.

There would be a synagogue, Congregation Ramath Orah at 550 West 110th Street, and a church, Broadway Presbyterian Church at 601 West 114th Street, in the district. Not surprisingly, both institutions sent representatives to testify in opposition to designation. The shul’s Daniel Victor said they “barely break even” and said that designation isn’t even necessary because there’s no way they could redevelop their site. Representatives of the church said they needed to do renovation work and that they were not given enough notice of this hearing.

Though Columbia University’s main campus would not be included in this district, both the university and Barnard College own property in the proposed area and both expressed displeasure with the idea of their properties becoming part of a historic district.

Preservationists were in support of designating the proposed district. Kelly Carroll of the Historic Districts Council testified that it should include more buildings, including large institutions like Columbia University and areas of the neighborhood north to West 125th Street and east to Morningside Drive. Carroll added that Columbia University’s concern over the rowhouses it owns in the historic district was disingenuous. She noted that the university had previously torn down rowhouses, only to use the land as street parking, housing nobody.

Columbia University professor faculty Andrew Dolkart, one of New York City’s most noted authorities on architecture, who was “really thrilled to be here” but noted that “many excellent midblocks” were excluded from the proposed district.

Leading the effort to get the district designated has been the Morningside Heights Historic District Committee. Its chief, Laura Friedman, praised the area’s “cohesiveness” and was already excited to move on to expanding the district.

Sean Khorsandi, of the Upper West Side preservation organization Landmark West!, noted that Morningside Heights is only the latest name for the neighborhood. It has also been known as Vandewater’s Heights and Cathedral Heights. He also quoted late Morningside Heights native and comedy genius George Carlin, who said, “I think it’s the duty of the comedian to find out where the line is drawn and cross it deliberately”

Others who spoke in support were Andrea Goldwyn of the New York Landmarks Conservancy, who called the proposed district “stately,” Christabel Gough of the Society for the Architecture of the City, who noted that most of the most fervent opponents of this district’s designation have died, preservation consultant Gregory Dietrich, several area residents, and a daughter of Carolyn Kent, one of the initial leaders of the movement to designate.

The next step in this process would be a vote by, and likely, comments from, the commissioners. A date for that has not been announced.