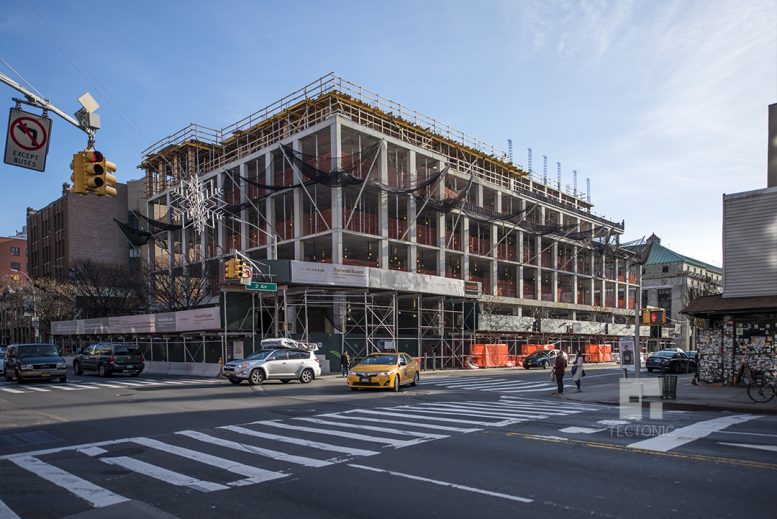 The Hendrik grows at Atlantic and Third Avenues. photo by Tectonic

The blocks near the Barclays Center are filled with new construction, from townhouses to skyscrapers. Today, construction chronicler Tectonic brings YIMBY an update on The Hendrik, a modestly sized, brick-clad condo project that’s taking shape at the corner of Third Avenue and Pacific Street in Boerum Hill.

The six-story building at 509 Pacific Street will hold 33 apartments and 55,449 square feet of residential space, plus 26,000 square feet of retail on the ground floor and in the cellar. Beyer Blinder Belle designed the development, which was apparently inspired by nearby townhouses. The developer, Jeffrey Gershon of Hopestreet, traveled to Denmark with Beyer Blinder Belle partner Carlos Cardoso to pick out a handmade gray brick for the facade, according to the Times. The Hendrik comes together at Third Avenue and Pacific Street. photo by Tectonic

Construction is coming along quickly at the site, which fills half a block and fronts Atlantic Avenue, Pacific Street, and Third Avenue. Four stories of concrete have risen so far, and Hopestreet hopes residents will be able to move in by the end of 2017.

A Walgreens occupied the 18,000-square-foot site until it was demolished late last year. Back in December 2014, Gershon and his development partner, AEW Capital Management, spent $29 million purchasing the property and buying Walgreens out of its lease, which had 39 years remaining.