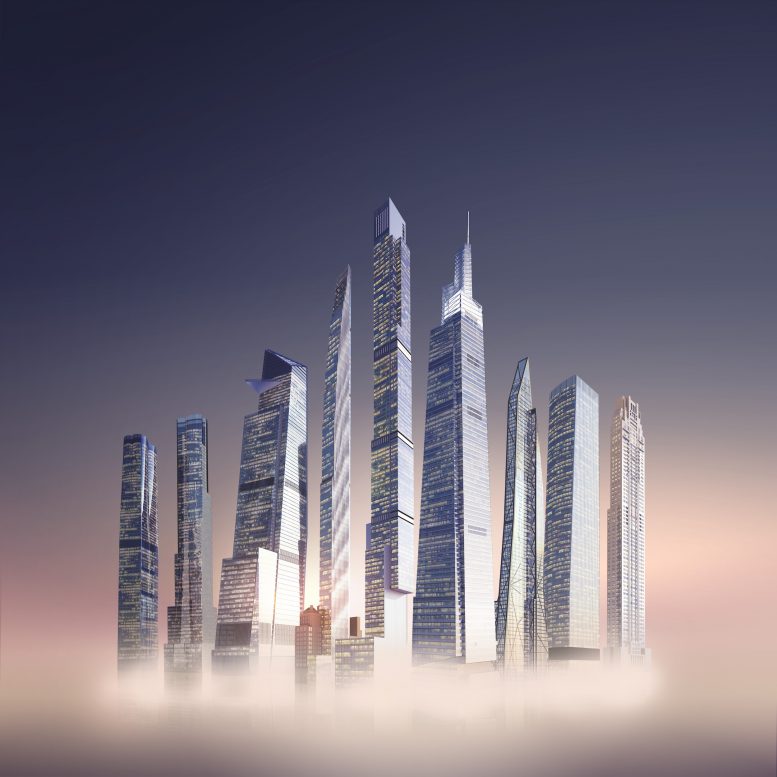 New building applications for single and multi-family residential developments in New York City saw a major slowdown in 2016, as the fading boom following the changes that occurred at the Department of Buildings in 2014 began to slack further. Numbers have plunged by over half since 2014, and by 38 percent since 2015. YIMBY’s full report, with all building applications, is available for purchase at the store.

The trend this year would seem to indicate that the market downturn that became pronounced in Manhattan during last year’s report is now leveling out, while the tsunami of negativity is now reaching the outer boroughs. Brooklyn’s pipeline submissions have fallen by almost 70 percent since the height of 2014, while activity in Queens, the Bronx, and Staten Island is returning closer to typically anemic levels.

In terms of the largest projects, Queens easily led the pack. A massive filing for a 921-unit project in Long Island City this past May was the largest of all, at 23-03 44th Road, under development by the Stawski Group and being designed by Goldstein Hill & West. The 774-unit 23-15 44th Drive, being developed by Chris Xu, comes in second place. It will also be designed by Goldstein Hill & West, and will rise in the same neighborhood, becoming the tallest building in Queens at an anticipated height of 984 feet.

The next two largest projects are set to rise in Manhattan. The 389-unit 430 East 58th Street was filed just before the New Year, and will be designed by the Stephen B. Jacobs Group and developed by Gamma Realty. 515 West 42nd Street comes next, which is being designed by Handel Architects and developed by BD Hotels, with 350 units in all.

Brooklyn rounds out the top five multi-family filings for 2016 with the 311-unit 3514 Surf Avenue, which was also filed just before the New Year. That building is being developed by John Catsimatidis and designed by Goldstein Hill & West.

While large multi-family construction waned in 2016, the city saw a surprising surge in hotel development, which would ordinarily be a positive sign. The number of rooms filed at the DOB rose from 4,286 to 5,653, increasing by 31 percent. Unfortunately, many of these filings came in periphery neighborhoods that do not ordinarily see anything of the sort, offering an ominous sign of the worsening homeless crisis, as one such project in Maspeth created a community uproar when it transitioned from hotel to homeless shelter last year.

On the plus side, Queens will soon gain the city’s largest hotel outside of Times Square. 24-09 Jackson Avenue will have 1,260 rooms in all, rising 50 floors. The Toyoko Hotel Chain is behind the project, which promises to help cement Court Square as a burgeoning 24/7 neighborhood.

“The Mayor’s policy on housing seems to be a series of ad-libbed responses rather than any type of cohesive plan to promote affordability, and consequently, all types of development are likely to be affected by continued uncertainty regarding what is actually happening, since no-one in local government seems to have any idea what is going on.”

With regards to 2017, more of the same is likely, if not worse. As new development applications have continued to plunge, both the governor and mayor have focused on fanciful vanity projects like creating unrealistic renderings for expansions and renovations at LaGuardia and John F. Kennedy airports, as well as Penn Station. With the Second Avenue Subway’s costs beyond those of any other line on Earth, government continues to spend the city into oblivion, and plans for the latest round of supposed improvements seem unlikely to leave Cuomo’s imagination.

On the ground, the unfolding chaos between dumbfounded community groups and an increasingly kleptocratic local and state bureaucracy is likely a minor taste of what’s to come later in 2017, as the Maspeth controversy will soon be echoed in similar cases across the rest of the outer boroughs. Whether all of these hotels end up being used to house homeless people remains to be seen, but it is becoming increasingly clear that a solution to the city’s worst-ever homeless numbers is eluding a mayor whose mantra has been “affordable housing.”

In any event, if there are any bright spots, the boom that began in 2014 continues to echo in the city’s skyline. While new building applications may be down substantially, many of the projects that were filed for during the frenzy are now rising out of the ground. Since last year’s report, 175 Greenwich Street (3 World Trade Center) has topped-out, One Vanderbilt has begun construction, and the official design for 220 Central Park South has been revealed, as depicted in the below image created by New York YIMBY’s Jose Hernandez.