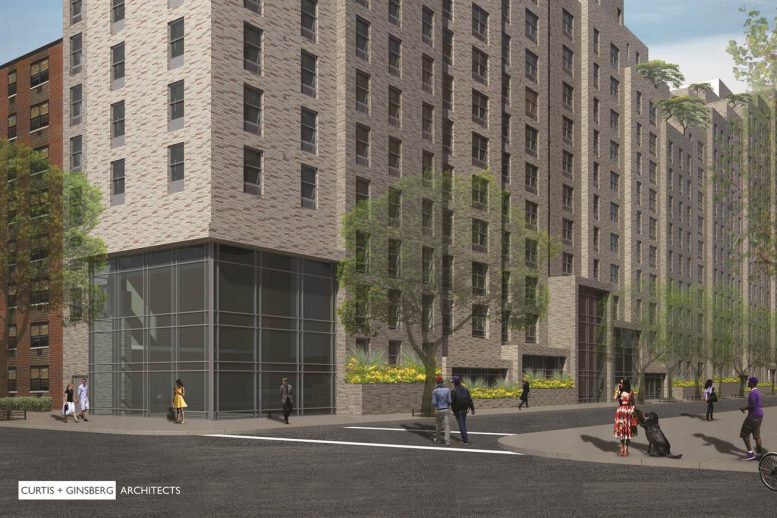 Curtis + Ginsberg Architects are designing the project, which will resemble a series of linked buildings that vary in height from eight to 15 stories. Units will range from studios to three-bedrooms.

The apartments will rent to tenants from a broad swath of incomes, from households making 30 percent of the Area Median Income ($24,480 for a family of three) to 130 percent AMI ($106,080 for for a family of three). Twenty percent of the units will be “permanently affordable” because of the city’s Mandatory Inclusionary Housing policy. The rest will remain income-restricted for 40 years, under a regulatory agreement between the city and the developers.

The building’s 400 apartments will be divided across 486,304 square feet of residential space, for typical units measuring 1,215 square feet. The first two floors will be split between 29,227 square feet of retail and 44,800 square feet of community facilities. Two non-profits, Northside Center for Child Development and Union Settlement, will fill the community space. The developers also plan to “undertake some street beautification projects by adding planters and by creating a public art program to support the retail sections,” according to Curbed.

There will also be a few amenities, including shared terraces, two gyms, a courtyard, two laundry rooms, and a 57-car garage.

Occupancy to Begin in August at 1998 Second Avenue