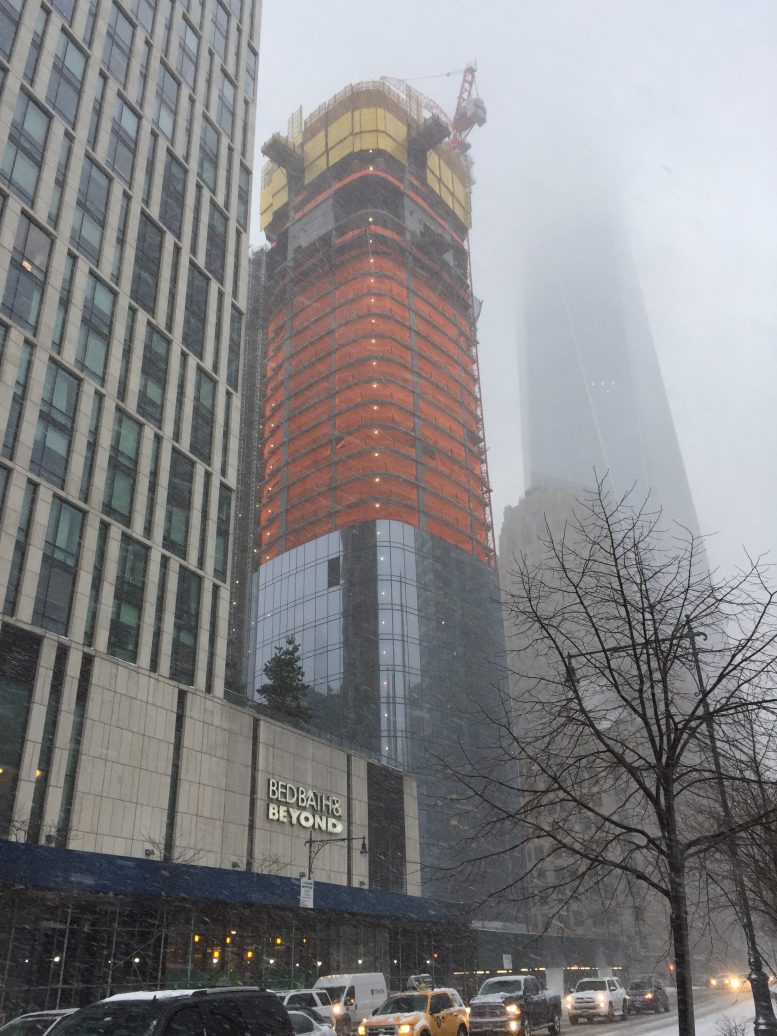 111 Murray Street on January 7, 2016. Photo by Vertical_Gotham via YIMBY Forums

While most of us probably tried to spend Saturday curled up inside, one intrepid YIMBY Forums user braved the snow to check out progress on 111 Murray Street, a new skyscraper rising between West Street and Greenwich Street in TriBeCa.

In June, YIMBY published an extensive history of 101 Murray Street, the site’s predecessor. Now, the successor has risen well past the 30-story mark and will eventually rise 58 stories to 800 feet.

In addition having achieved more half of its planned height, the façade has been installed on about one quarter of the building, as seen in the above photo by user Vertical_Gotham. The design, one of at least two champagne flute-like works of architecture under construction in Manhattan, comes from Kohn Pederson Fox and Goldstein, Hill & West. Other design work will come from MR Architecture + Décor and the Rockwell Group. Edmund Hollander Landscape Architects is also working on the project.

Fisher Brothers, Witkoff, and New Valley are the developers. There will be 157 condominium units averaging over 2,300 square feet apiece, as we reported in August of last year.

The site is only a handful of blocks from the World Trade Center and the Oculus, with access to the PATH train and nearly a dozen subway lines. We expect the building to be complete in 2018.