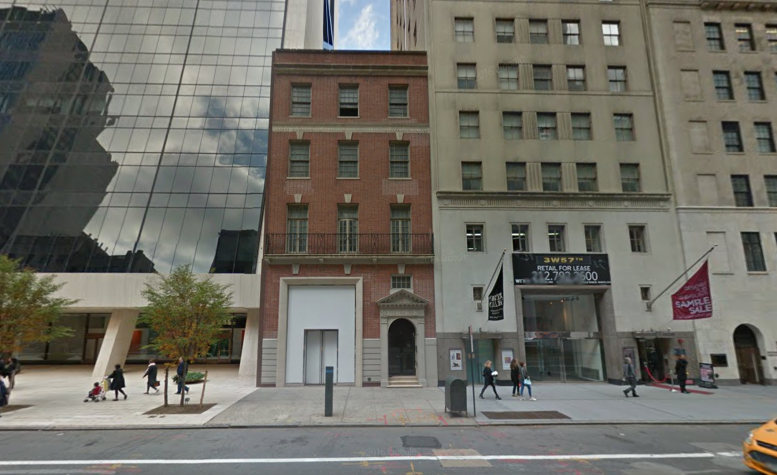 Back in 1974, developer Sheldon Solow built a 50-story office tower at 9 West 57th Street that featured a dramatic, sloping facade clad in dark glass. Now he plans to knock down a little office building next door at 7 West 57th Street, to make way for a 19-story residential building.

The development would reach 237 feet into the air between Fifth and Sixth Avenues and hold just 16 apartments. The structure would be quite short for Billionaire’s Row, where its neighbors include supertall condo towers like One57, 432 Park Avenue, and the under-construction Central Park Tower.

Those 16 units would be divided across 32,099 square feet of residential space, and typical apartments would measure slightly more than 2,000 square feet. A 4,100-square-foot retail base would fill the first two stories, followed by a floor of mechanicals, and 16 full-floor apartments. A few units will have private balconies or roof decks, according to the filing.

Hill West Architects, which changed its name this week after partner Alan Goldstein retired, applied for the permits.

The current occupant of 7 West 57th Street is a five-story brick building with some Neo-Classical flourishes, including an elaborate colonnaded doorway. While building records indicate the structure only dates back to the 1930s, we suspect it was constructed in the late 19th century. The Times notes that a wealthy merchant owned the house in the 1800s, and his daughter married a prominent banker in 1898. Grace van Norden and her husband stayed in the house till they died in the 1950s, holding out as the last householders on a block increasingly filled with commercial buildings.