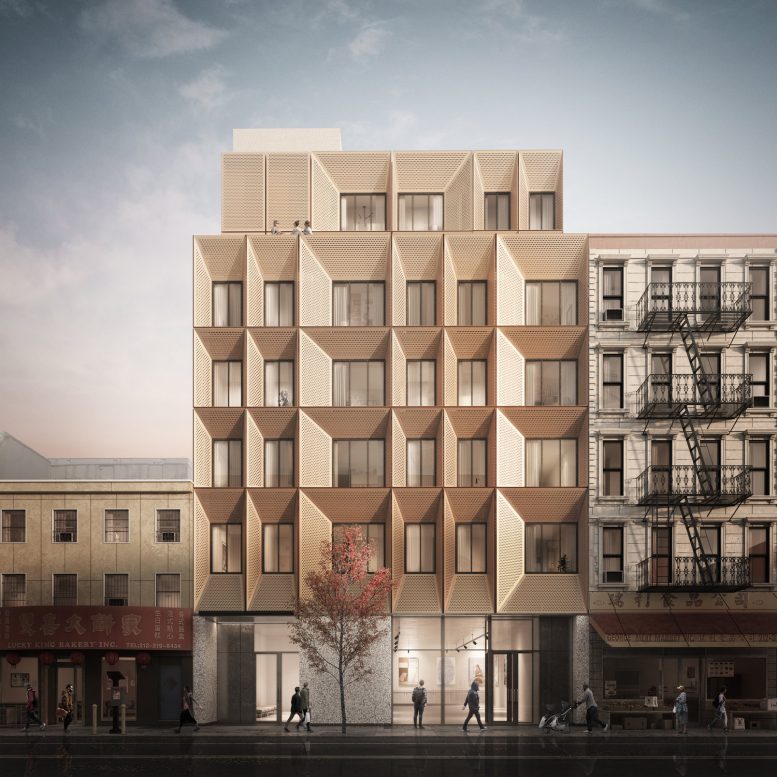 A few low-slung buildings on the borderlands of Chinatown and the Lower East Side are going to meet the wrecking ball for an attractive new rental development. Building applications have been filed for 282 Grand Street, between Eldridge and Allen Streets on the Lower East Side, which is being designed by Peterson Rich Office.

The first rendering of the project is quite appealing, and in the architect’s own words,

The base building will be of the most straightforward construction, veiled behind a perforated aluminum rain-screen system that both echoes traditional fire escapes and performs environmentally, acting as a sun shading device and louvered panel for air exchange.

The resulting appearance maintains the integrity of the street-wall, while still offering a creative take on urban design. The airiness of the aluminum paneling should also offer an interesting contrast against the masonry facade of 282 Grand’s tenement neighbor. 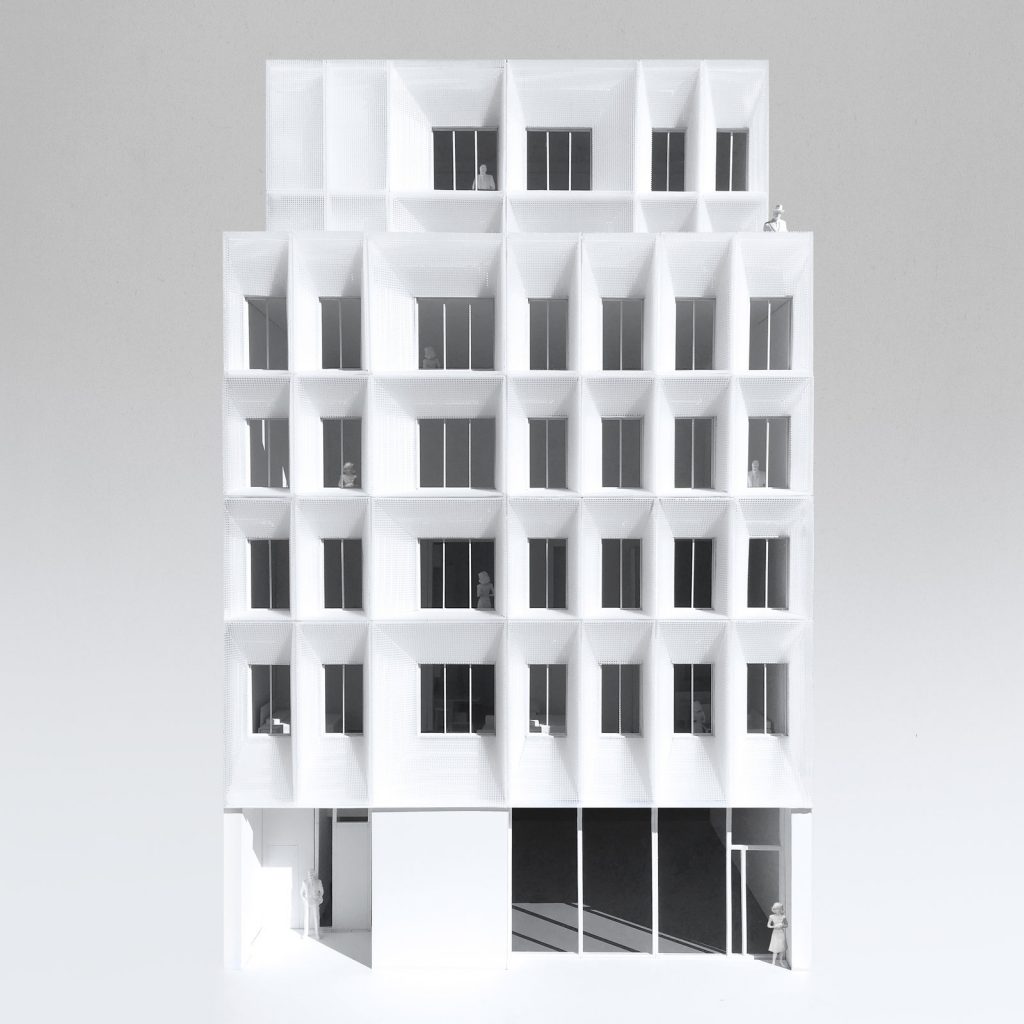 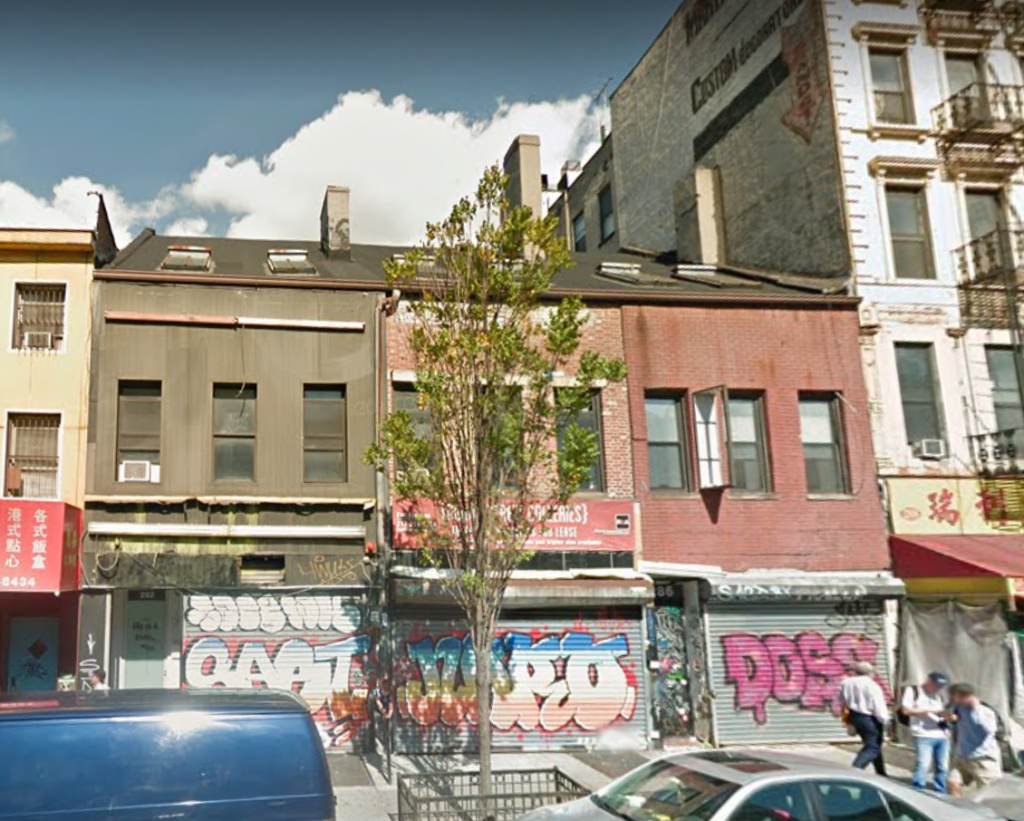 No completion date has been announced yet, but demolition permits for the existing structures at 282-286 Grand Street were filed back in February. Marc Strauss of Roman Grand, LLC is listed as the developer.