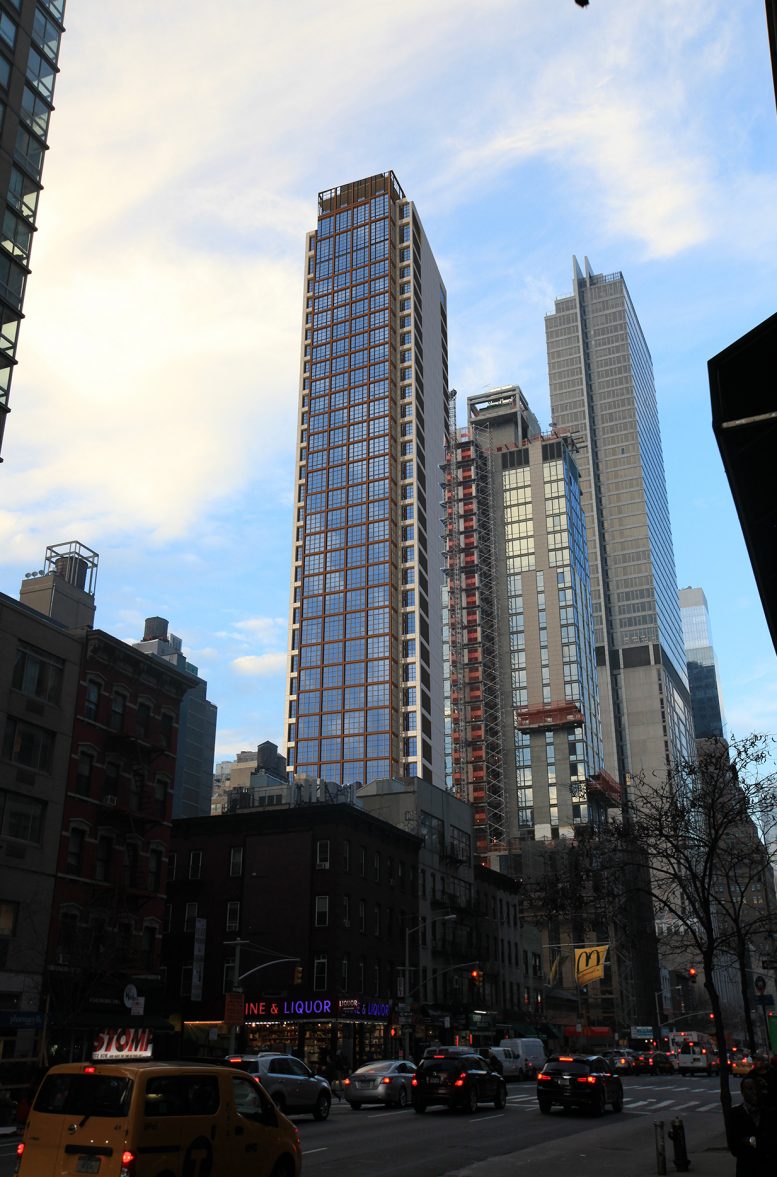 West 28th Street has been one of the hottest streets in Chelsea’s ongoing development boom for several years. With several buildings by Gene Kaufman already completed along the stretch, the former Flower District is about to see yet another new hotel open, this time, at 105 West 28th Street. The latest photos by JC_Heights show the tower has now passed the halfway point to its 35-story and 410-foot pinnacle. 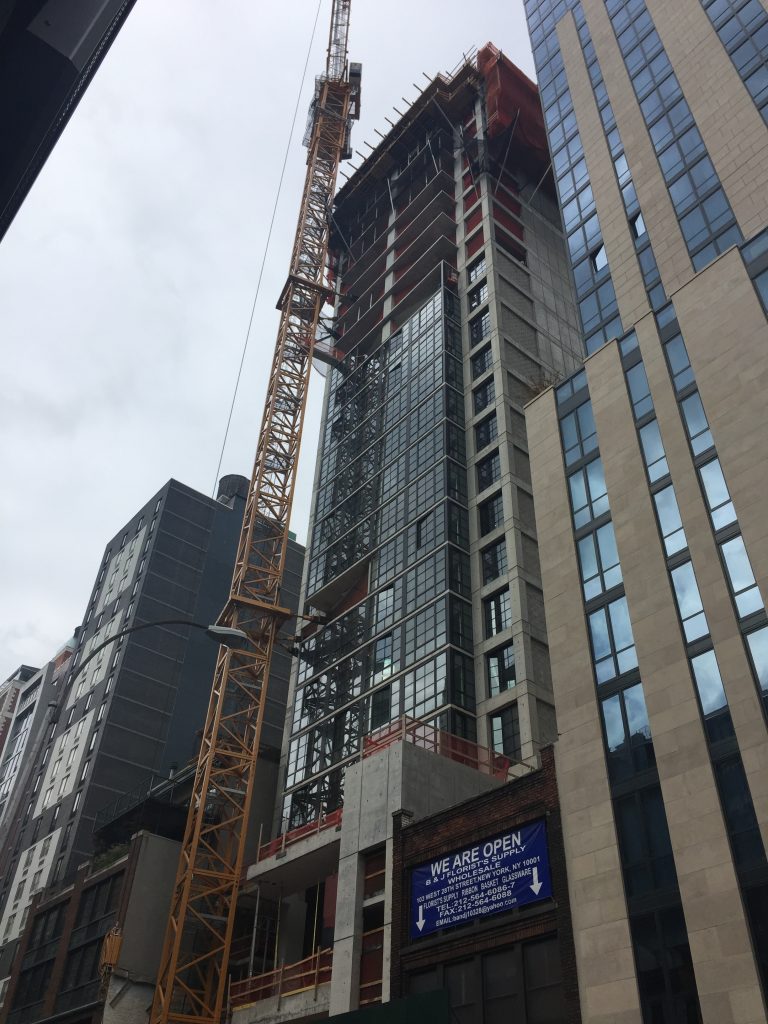 Stonehill & Taylor Architects is behind the architecture, which is a notch above the hotels that comprise the Great Wall of Kaufman, which begins only a few lots over to the west. 105 West 28th Street is also bordered by 101 West 28th Street, which recently sprouted a new Hyatt Place hotel designed by Nobutaka Ashihara Architects. 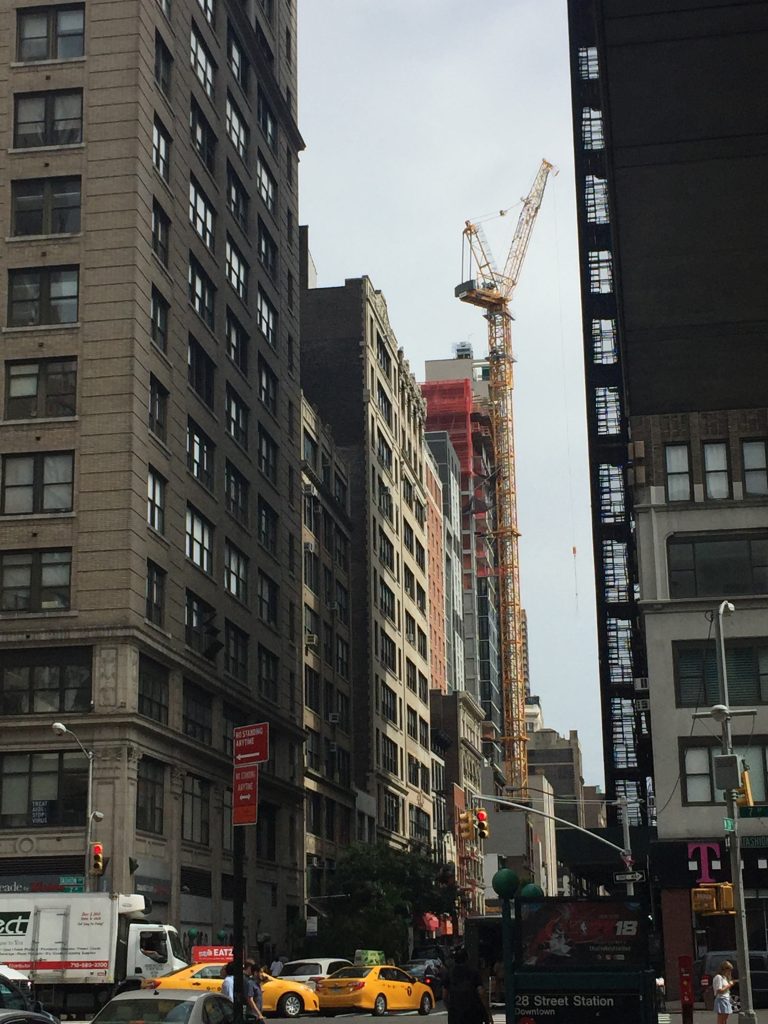 The Lightstone Group is the site’s developer, and the project has been dubbed “Moxy Nomad,” though its location is slightly outside the blocks that comprise that acronym. It will have 348 rooms in all, and completion is still about a year out.